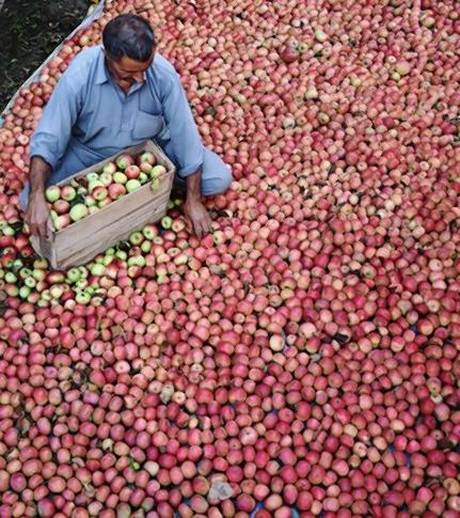 The Kashmir apples could be spotted at Biscomaun sale counters across the State. “Biscomaun and Nafed are selling Kashmir apples through their outlets and it will help apple growers in Kashmir whose trade was hit by terror attacks … and the response from the buyers too is encouraging,” said a Biscomaun official. Earlier, the Centre had asked Nafed to procure apple consignments from the troubled State to boost trade.

Agriculture Minister Prem Kumar and Co-operative Minister Rana Randhir Singh inaugurated the Biscomaun drive on October 25 in Patna with a tagline, “Please take it, taste it and enjoy it.”

“With the initiative by the cooperative bodies like Biscomaun and Nafed, apple farmers and traders of Kashmir have started getting good price for their produce,” Mr. Prem Kumar said. Mr. Rana Randhir Singh urged the Union government to fix MSP (Minimum Support Price) for apple farmers of Kashmir.

The four-day Chhath (Sun God worship) season will begin from November 1 in the State and the demand for fruits like apple would soar, he said.

“It’s a good initiative by Biscomaun where apples are sold at reasonable rates,” said Rajesh Kumar of Kankerbagh.