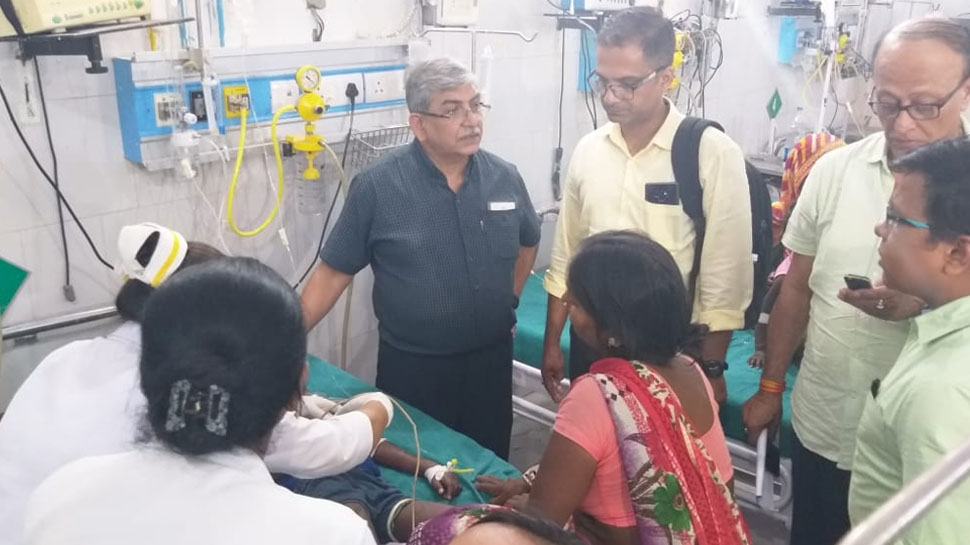 The death toll in Acute Encephalitis Syndrome (AES) outbreak in Bihar climbed to 163 lives on Friday, leaving the state in despair.

Muzaffarpur: The death toll in Acute Encephalitis Syndrome (AES) outbreak in Bihar climbed to 163 lives on Friday, leaving the state in despair.

In Vaishali’s Lalganj area, another child lost the battle to the viral disease, taking the death toll to 18. At least nine children with AES symptoms are admitted to the district’s Sadar Hospital and are receiving treatment in the special ward.

Another six children lost their lives in Begusarai district, five in Samastipur, two each in Motihari, Patna and Bettiah and one each in Bhagalpur and Gopalganj.

Taking cognizance of the alarming health situation prevailing in the state, Minister of State for Home Affairs Nityanand Rai announced that all 17 BJP MPs in Bihar will build a Pediatric Intensive Care Unit (PICU) in their districts. He took responsibility to get PICU constructed in Samastipur district. On June 19, the MoS issued Rs 25 lakh from Members of Parliament Local Area Development (MPLAD) fund for the construction of the PICUs.

On Tuesday, Chief Minister Nitish Kumar visited Muzaffarpur and held a meeting with officials to review the situation, but refused to answer any questions on the health crisis.

The state health department deputed additional medical officers, child specialists and nurses from other districts to Muzaffarpur to help the health officials in the district.

AES is a viral disease which causes mild flu-like symptoms such as high fever, convulsions, and headache