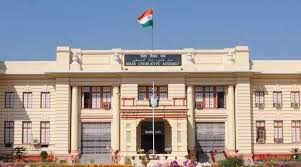 Assembly secretary Bateshwar Nath issued the clearance to the VIB, which, sources said, is likely to file charges next week.

The VIB had initially lodged an FIR against Singh and 42 others on 9 May, 2011 under IPC sections of 420 (forgery), 467 (forgery of valuable security and will), 468 (forgery for purpose of cheating), 471(using a forged document as genuine), 477A (falsification of accounts), 201 (causing disappearance of evidence of offence), 120B (criminal conspiracy) and under provisions pf Prevention of Corruption Act, 1988.

In the FIR, it was alleged that Sadanand Singh had allegedly misinterpreted a Patna High Court order and called several candidates for an interview, while there was no provision to do so. It was alleged that several beneficiaries of the process were related to politicians across political parties. “The original appointment had made the results of written tests the sole criteria for final appointment,” said a VIB source.

During Sadanand’s bail plea hearing in the matter in September 2011, he had stated that “none of his relatives had got jobs and he had no role to play”. The vigilance bureau however, said the charge sheet would detail how the established procedure of appointment was bypassed.