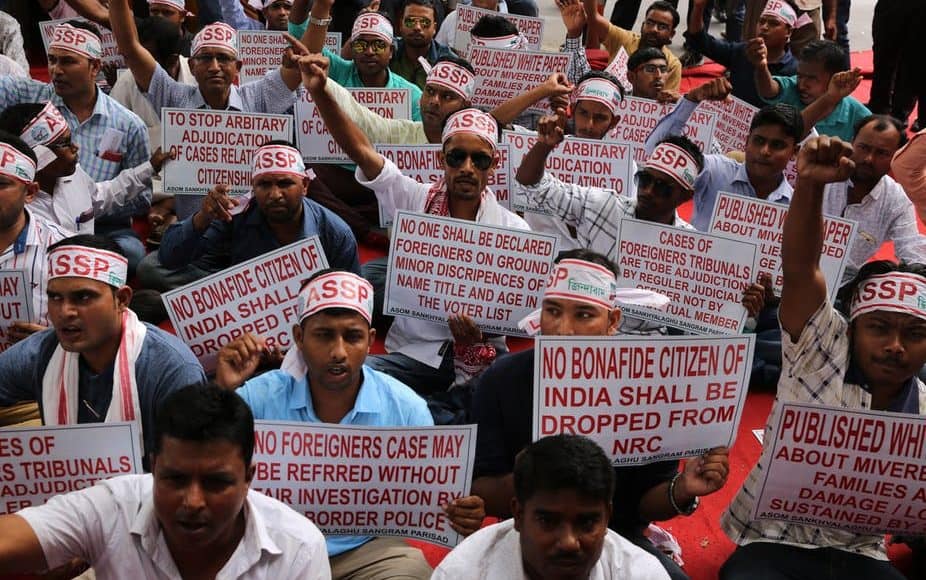 On June 15, 45-year-old Amila Shah was sent to a Tezpur detention camp for “foreigners” in Assam. As per a report in The Hindu, Amila, wife of Ram Dulal Shah, a trader based at Dhalaibeel near Jamugurihat in north-central Assam’s Sonitpur district, was sent to the detention centre after she asked to appear before a Foreigners’ Tribunal.

Amila’s family, speaking to the daily, said that their ancestors had come from Bihar and settled down near the Pertubghur Tea Estate east of Jamugurihat during the British rule. In fact, Amila’s father Kesav Prasad Gupta’s name figured in the 1951 National Register of Citizens (NRC) that is being updated in Assam.

A family member told The Hindu that despite providing all documents establishing her citizenship, the Border Police marked her as a suspected foreigner who entered Assam after March 24, 1971. “She was summoned to the FT2 in Tezpur (Sonitpur district headquarters) on June 4, 2018, where all our papers were submitted with elders in the family telling the tribunal we are originally from Bihar, which is very much a part of India,” they added.

Political parties, activists, journalists etc. in Assam have been criticising the Foreign Tribunal and implementation of the NRC for some time now. They have time and again expressed concern over false objections raised by persons with vested interests to harass genuine Indian citizens”, whose names have appeared in the draft NRC.

Opposition parties such as the Communist Party of India (Marxist) and the All India United Democratic Front have criticised the Bharatiya Janata Party-led Assam government for targeting specific communities and putting them behind bars in the name of detecting foreigners.

Last month, on May 23, retired Army captain Mohammed Sanaullah was detained by the police in Assam. The 52-year-old was sent to a detention camp after a tribunal declared him to be a foreigner. The veteran, in response to the detention, had said, “This is the reward I got after serving for 30 years in the Indian army.”