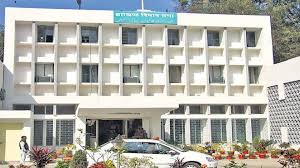 The State Cabinet on Tuesday gave its nod for 13th (Monsoon) Session of fourth Jharkhand Assembly starting on July 22. The Session, which will commence on July 22 will run till July 26. The first day of five-day session will be devoted to oath of new members (if any), placing of bills, tabling of first supplementary budget in the Assembly.

In today’s Cabinet meet, nod for relaxation in road tax of Jharkhand Government run mortuary van, 108 emergency medical ambulance service van and vehicles of mobile medical unit. The Cabinet also gave its nod for amendment of Jharkhand Procurement Policy 2014. As per the amendments, Micro and Small Medium Enterprises (MSME) can take part in Government tendering policy. As per amended Procurement Policy 2014, cap on work experiences and minimum turnover bracket has been removed.

In today’s Cabinet meeting, 14 agendas were given nod, which includes amendments in GST, construction of roads in Koderma, Deoghar districts among others.