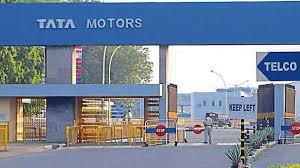 Industries in and around Jamshedpur– particularly in Adityapur Industrial Area (AIA) housing auto ancillaries – are facing tough time with series of block closures in Tata Motors from past month because of market slowdown. So much so that about 30 steel sector companies were on the verge of closing down while about a dozen downed their shutters from Thursday.

Hit with recession in the automobile sector, Tata Motors has gone for block closure for the fourth time since last month – this time from Thursday to Saturday, besides Sunday being a holiday. The company has also opted for separation of 12 days (asked to sit in house) for over 1000 Y-6 (temporary) workers. Permanent employees will rejoin duty on August 5 whereas Y-6 workers have been asked to rejoin on August 12.

Tata Motors had to take series of block closures due to sluggish market demands. There was production for only 15 days per month for the last two months. Union sources said the company has orders for only a week’s production in August. This has resulted in limited work in about 1000 auto-ancillaries dependent on Tata Motors in AIA.

On the other hand, the ‘exorbitant’ power tariff hike has hit the steel sectors with induction furnaces – where electricity is an essential raw material – resulting in the closure of about 30 companies. In fact, over a dozen such companies have started downing shutters from Thursday.

“Recession in auto sector is nothing new…It comes every two-three years. I met Tata Motors Plant Head today who said that the company might have to take another block closure of 3-4 days after which things would normalise. We expect things to be back on track after September. The company has got 40% less orders for its vehicles this July compared to corresponding month last year. Some of our companies are working in limited capacity while some have opted for maintenance work,” Inder Agrawal, president, Aditaypur Small Industries Association (ASIA), told HT today.

Agrawal confirmed that 25-30 steel sector companies have downed their shutters after state government exorbitantly hiked power tariff by 38% with effect from April this year. “The production cost has spiraled… They have no other option but to close down,” said Agrawal.

The JBVNL – supplier to most companies in Kolhan – tariff of Rs 5.50 per unit is the highest when compared to cheap rate of Damodar Valley Corporation (DVC) and Jamshedpur Utility and Services Company (Jusco), the two other power suppliers.

DVC supplies power to steel sector industries in Giridih, Ramgarh, Patratu, Deogarh and Ranchi. As a result, the companies are producing ingots at much cheaper rate. However, Jamshedpur and Adityapur-based industries bear the brunt of high JBVNL tariff of Rs 5.50 per unit. “DVC charges Rs 2.95 per unit while Jusco rate is Rs 3.50 per unit of power consumed. The government should withdraw the tariff hike immediately and also strictly implement scrapping of 15-year-old vehicles to boost both the sectors,” added Agrawal.

“We demand the government to waive off the fixed charge for power or cut down the tariff hike and request the banks to support the industries at this hour of crisis. If we fail to pay loan instalments for three months, our accounts will turn NPA. How will we pay loan when we don’t have money to pay salary to our workers?” asked Katiyar.