West Bengal Public Service Commission is a registered body under the aegis of the state government of West Bengal. It handles the duty for organising various recruitment drives periodically according to the vacancies available with different departments, ministries, and undertakings of the West Bengal government.

Numerous candidates who are interested in government jobs participate in the recruitment campaigns organised by the West Bengal Public Service Commission.

According to the latest notification published by the West Bengal Public Service Commission, i.e. WPSC Recruitment 2020, applications have been invited from interested candidates for the position of Instructor and Workshop Engineer across various departments of the state government. A

Candidates must apply for either of the available positions only as applying for both the profiles will lead to cancellation of the candidate’s application.

Stay connected with fellow students on PaGaLGuY for  WBPSC Recruitment 2019

Merely meeting the eligibility criteria does not guarantee an interview for the candidates. The candidates will be selected based on their qualifications as well as performance in the preliminary screening test.

Age relaxation norms, as specified by central government, will be applicable to the WPSC Recruitment 2020.  Candidates must keep their original educational documents, experience certificates, caste certificates, and other documents ready as the same must be produced when requisitioned by the commission.

If at any stage of the selection process, it is found that the candidate does not meet the requirements, the candidature can be cancelled at any time. 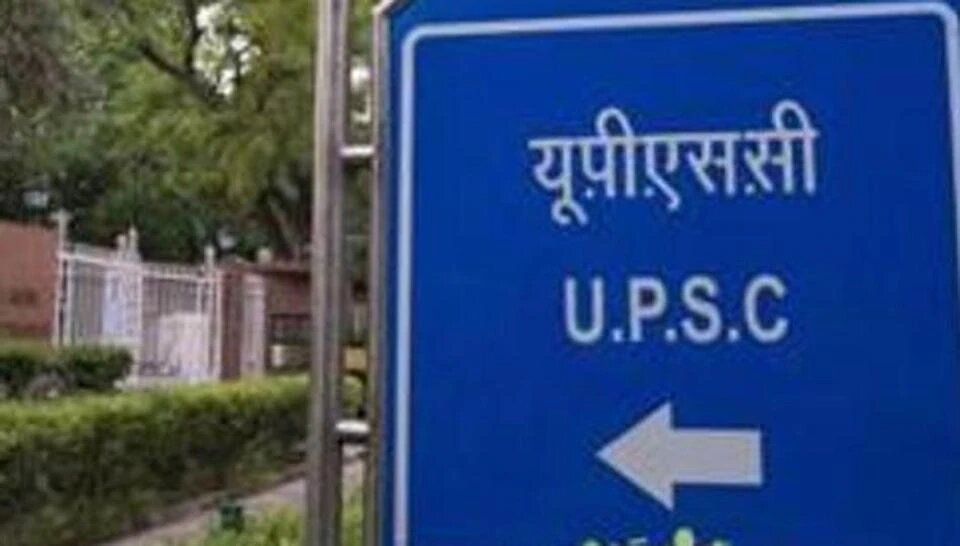 UPSC Recruitment 2020: Today is the last date to apply for deputy central intelligence officer (technical) posts. If you have not yet applied for the posts, do it before the end of the day. Engineering graduates can apply for the posts.

The last date to print the completely filled application form is January 17, 2020. Candidates can apply online at upsconline.nic.in

There are a total of 27 posts of deputy central intelligence officer (Technical), Intelligence Bureau, Ministry of Home Affairs.

The candidates shortlisted for interview on the basis of the information provided in the online applications submitted by them will be required to send self attested copies of documents/relevant certificates in support of the claims. Candidates are also advised to bring the required certificates and documents at the time of interview to support their information provided in the application form.

Six minor girls, returning from a village fair, were allegedly molested by five people in Khunti village of Jharkhand late on Wednesday, police said on Thursday, adding that all five accused, including a minor, have been nabbed.

The police said that cases under different sections of the Indian Penal Code (IPC) and the Protection of Children from Sexual Offences (POCSO) Act have been lodged against them.

Ashutosh Sekhar, Khunti superintendent of police, said it was the case of molestation, not rape.

“The victims told police that they were molested. We also interrogated the accused and they admitted to doing the same thing,” said Shekar.

He, however, said a board has been constituted for medical examination of the girls. All six girls were also produced before the child welfare committee (CWC).

The incident took place on Wednesday around 7.30 pm when six girls, in the age group from 12 to 15 and students of classes 5 to 8, were returning from a Makar Santranti fair.

They were intercepted by the youth, who were on two bikes and one scooty. They invited the girls to a sweet shop. The girls knew one youth as he studies in the same school. The boys offered them a lift to their village, but on the way, took them to Hatudami village, around six kilometres away from the village of the girls, police said.

Ashish Mahli, the subdivisional police officer (SDPO) of Khunti, said two girls jumped from the bikes and received minor injuries, and they managed to run to their village. They narrated the story to the villagers who then went to Hatudami village to rescue the remaining four girls.

Mahli said residents of both the villages rescued the girls and called police on Thursday morning.

“We also conducted a raid and nabbed all five, including a minor. A team of forensic science laboratory and crime investigation department went to the spot for inspection,” he said.

Mahli said further detailed could be revealed on Friday after reports from the medical board and FSL team come. The police also recovered a motorbike and a scooty from the crime scene. All six girls are school students and also hockey players.

The 38-year-old showed up at his home team’s net practice in Ranchi, indicating that he is gearing himself for the upcoming Indian Premier League. This was on a day when BCCI axed him from the list of centrally contracted players.

“Even we did not know that he was going to come and train with us. It was a pleasant surprise. He batted for a while and did the usual training routine, ” a source close to the Jharkhand team management told PTI.

“We are expecting him to train with the team regularly from now on. His presence can only help the players,” the source added.

In fact, Dhoni has bought a brand new bowling machine for his training. While the Jharkhand team will have their red-ball routines, Dhoni will primarily practice against the white ball.

Jharkhand’s next match is against Uttarakhand, starting Sunday in Ranchi. The team has returned home after an eight-wicket loss against Maharashtra in Nagothane. Out of five games, Jharkhand have won two, lost two and drawn one.

He has not played a competitive game since the World Cup semifinal loss to New Zealand on July 9 though he was seen training for the first time since that defeat in November.

India head coach Ravi Shastri has hinted that the celebrated wicketkeeper-batsman might retire from ODIs soon but will be in contention for a T20 World Cup berth provided he does well for Chennai Super Kings in the IPL.

The T20 World Cup will be held in Australia in October-November.

Outgoing chief selector MSK Prasad has already made his stance clear, saying that the World Cup-winning captain can only be selected again on the basis of performances.

While Dhoni has not revealed anything about his future, he is certain to captain Chennai Super Kings in the 2020 IPL. 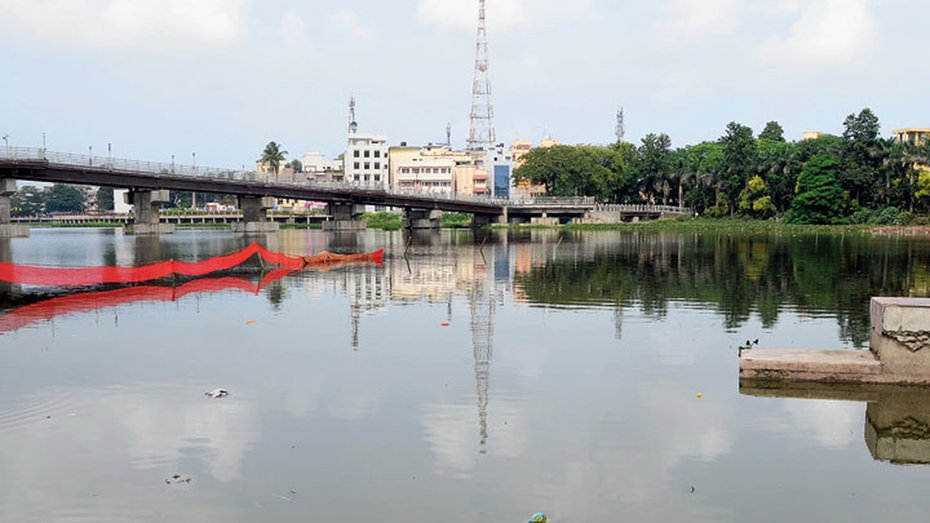 Water sports buffs, by the end of this year you can try out water scootering, paddle boating and motorboat rides at the iconic Swami Vivekananda Sarovar, popularly known as Bada Talab or Ranchi Lake.

Acting on the order of state urban development principal secretary Ajoy Kumar Singh, Ranchi Municipal Corporation (RMC) directed Chadda and Associates, the architecture consultancy firm, to incorporate the components of water sports in the second phase of renovation of Ranchi Lake. This is to be carried out on 10 acres of Bada Talab near the Nagarmal Modi Seva Sadan Hospital-end.

Ranchi Lake or Bada Talab will be the first reservoir in Jharkhand to have water scooter rides if the plan fructifies.

Bada Talab, spread over 52 acres, was created by a British agent, Colonel Onsely, in 1842 with the help of prisoners to maintain the groundwater level of the city located more than 2,100 feet above sea level.

“Based on the directive of the principal secretary on inclusion of water sports for youths, we have asked private consultants to purchase water scooters, paddle boats and motorboats,” RMC commissioner Manoj Kumar said. “Ideally, we would begin with a pair of each of the water-sport equipment, which would be operated by a private agency and ensure safety of the participants.

“We hope to introduce the facility soon after the completion of the second phase of the renovation plan by the end of 2020,” he added. “We also plan to convert a small patch of island at the centre of the lake into a resting place with chairs and a snack kiosk.”

Chadda and Associates has also been asked to incorporate a kids’ play zone with swings and simple gaming activities and playstations.

An open-air theatre with live band performances, on the lines of the ones Rock Garden in Kanke, is also on cards.

The lake would have a sewage treatment plant (STP) and treatment of wastewater through bio-remediation.

“The consultant has been asked to submit a fresh detailed project report incorporating the new suggestions including setting up of STP within a week. After getting the report we will be getting it sanctioned by the department. As soon as we get an official nod, we will start the process of issuing a tender for the renovation work,” said a senior official in RMC engineering wing.

The cost of renovation is pegged at over Rs 14 crore after inclusion of the new suggestions. The plan already had the proposal for landscaping, benches and tensile structures, and a cafeteria.

The first phase of the beautification and conservation of the lake began in May 2017. Two bridges — one 20m long and 6m wide linking the main entrance with Island-1 of the lake, the other 200m long and 6m wide connecting Island-1 with Island-2 — were built then. This apart, lighting, fountains, pathways and sewage treatment plants were done in the first phase of renovation. This was pegged at Rs 13 crore.

A 33-foot-high statue of Swami Vivekananda was added to the beautification project taking the cost to Rs 20-crore in June 2017. The statue was opened to the public in January 2019.

Lalu Prasad was brought to the CBI court from paying ward of Rajendra Institute of Medical Science (RIMS), Ranchi. He was produced before special CBI court of S.K. Shashi.

His statement will be recorded in a fodder scam case no. RC 47A/96 which is related to fraudulent withdrawal of Rs 139 crore from Doranda treasury of Ranchi.

Lalu Prasad has been convicted in four fodder scam cases. He has been awarded jail up to 14 years.

Lalu Prasad is accused in six cases in the fodder scam. Of the five cases in Jharkhand, he has been convicted in four. The trial in the fifth case is underway in the CBI court of Ranchi.

There are total 111 accused and statements of 107 have been recorded in Doranda treasury case so far. 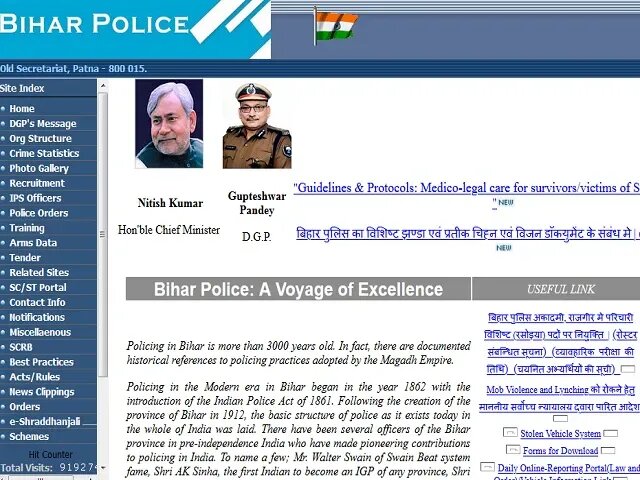 All such candidates who have applied for Bihar Police Mobile Squad Constable Recruitment 2019 shall download Bihar Police Constable Admit Card from CSBC official website csbc.bih.nic.in, once it is released.

Candidates must carry their Bihar Police Mobile Squad Constable e-Admit Card along with and a valid photo Id proof like PAN Card/Passport/Driving Licence/Voter’s Card/Bank Passbook for verification process at the examination centre.

If any candidate fails to download his admission card, he /she can get the Duplicate Admit Card from CSBC office on 28 and 29 January from 10:00 AM to 05:00 PM.

CBSC is conducting the exam for the recruitment of 496 Mobile Squad Constables in for Transport Department. 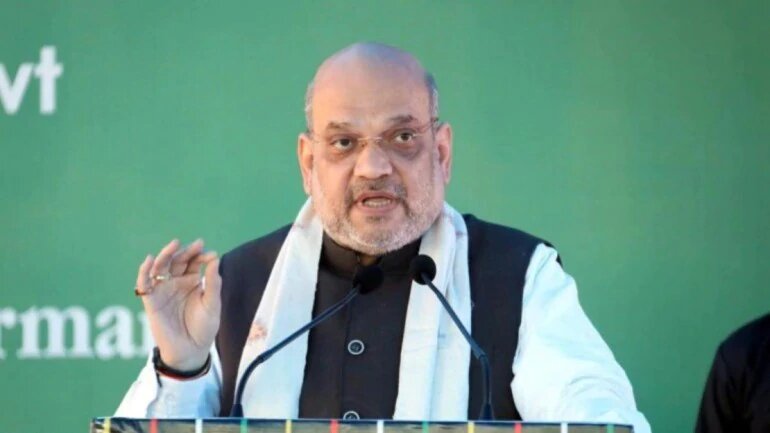 Bihar elections this year will be fought under the leadership of Nitish Kumar. BJP and JDU would contest elections together and form the next government,” declared Amit Shah at BJP’s Citizenship Amendment Act awareness drive in Vaishali, Bihar.

Shah’s comment is seen as an attempt to silent motor mouth like Sanjay Paswan who has embarrassed BJP by demanding next CM face from the party. Paswan’s similar demand couple of months back had forced Shah to make same declaration.

Amit Shah also lashed out at the opposition while speaking at the CAA awareness drive blaming the Congress and West Bengal Chief Minister Mamata Banerjee for the violent protest that took place across the country immediately after Citizenship Amendment Bill was passed in both the Houses of Parliament.

“Congress and Mamta Banerjee & company have orchestrated the violence that has erupted across the country after CAB was passed in the parliament,” Shah said.