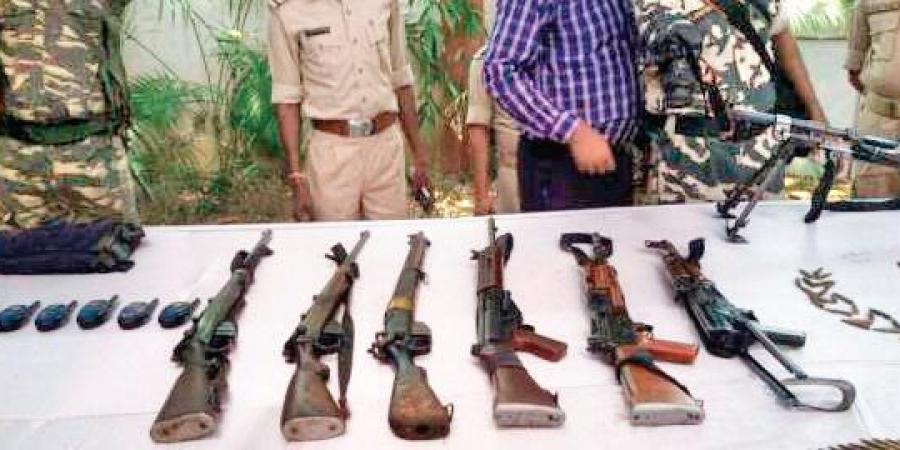 133 Maoist incidents in 2019
A total of 133 Maoist-related incidents took place in 15 of the total 24 districts in Jharkhand last year. Six Maoist groups were found involved in these incidents. CPI (Maoists) toppled the list with 67 cases, followed by Tritiya Prastuti Committee and People’s Liberation Front of India with 24 and 22 incidents. With 30 cases, Chatra saw the maximum of these conflicts. Chaibasa came second with 23 incidents. Similarly, security forces were engaged in 36 encounters with the Maoist outfits in which 36 Red cadres were killed in gunfight. The Maoist cadres also killed 22 civilians last year.

NCC cycle expedition
To develop the spirit of adventure and sportsmanship among NCC cadets, a 4,700 km relay cycle expedition was organised by NCC Bihar-Jharkhand Directorate. Cadets from Ranchi and Hazaribagh Group participated in the expedition which started on November 24, from Ranchi. The event concluded on December 31.   Group Commander Brigadier SK Prasad said that the expedition was also aimed at reaching out to the local people of all districts in the state and spread awareness regarding cleanliness. According to the Brigadier, the cadets successfully completed the expedition, regardless of challenging weather and paths.

Over 1,100 child deaths in RIMS last year
Jharkhand’s premier health institution Rajendra Institute of Medical Sciences (RIMS) in Ranchi reported deaths of 1,150 children in last one year. The results come at a time when infant deaths at Kota are making it to the headlines. Authorities attributed poor medical facilities, a lack of doctors and nursing staff, and late arrival of ailing children for this situation. According to the data made available by the RIMS administration, September and October were the most disastrous as the fatalities touched 124 and 117, respectively. 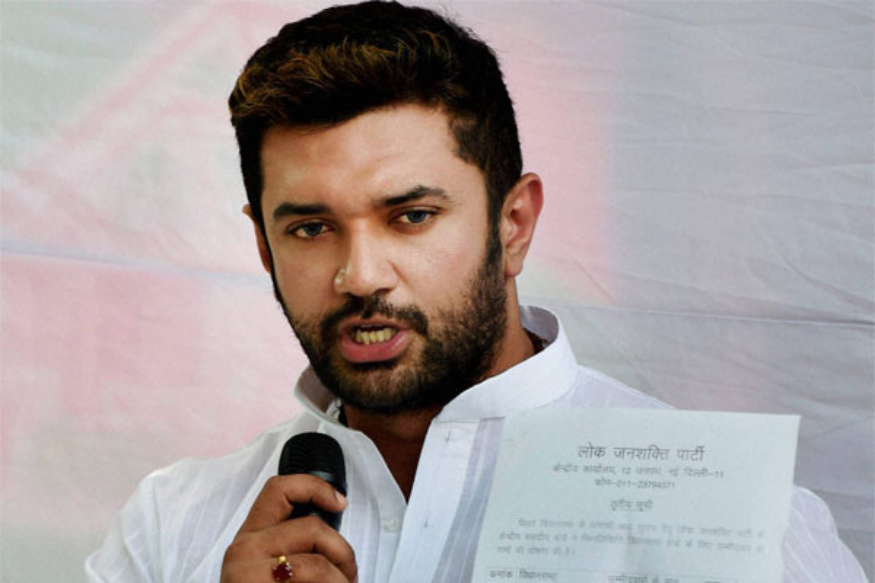 Sheikhpura: No seat-sharing formula has been finalised among partners of the National Democratic Alliance (NDA) for Bihar polls and the Lok Jan Shakti Party is readying itself for all 243 Assembly constituencies, LJP chief Chirag Paswan said on Saturday.

He, however, made it clear that JD(U) chief and Chief Minister Nitish Kumar is the leader of NDA in Bihar and assembly elections will be fought under his leadership in the state.

Paswan, the Lok Sabha member from Jamui, said any decision on sharing the seats would be taken according to the situation. The LJP party is making preparations for all 243 constituencies, he added. The BJP, JD(U) and LJP are the constituents of NDA in Bihar.

The Assembly election is likely to be held in October-November this year.

On the Citizenship Amendment Act, Paswan said his party is with the central government on the issue and charged the opposition of spreading rumour on the issue. 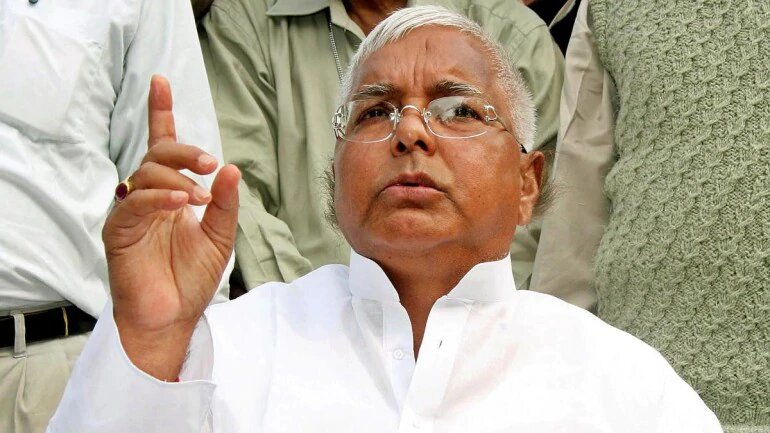 Rashtriya Janata Dal supremo Lalu Prasad is in jail completing his sentence in the Fodder Scam, but that doesn’t prevent him from remaining active in Bihar’s politics.

It’s a new year and a significant one for Bihar as it heads for assembly elections that are likely to be held by the end of 2020.

Gearing up his party for the assembly polls, Lalu Yadav has coined a new slogan for his supporters: “Do hazaar bees, hatao Nitish (Remove Nitish in 2020).”

Lalu Yadav said this in a tweet from his personal Twitter handle which is being operated by his office in consultation with him and his family members.

In 2015, to stop the BJP’s victory march, Nitish Kumar and Lalu Yadav joined hands, formed the Mahagathbandhan (grand alliance) and won the election with RJD emerging as the single-largest party and Nitish Kumar becoming the chief minister.

However, by 2017, differences between the two parties soured to the extent that Nitish Kumar ditched RJD and joined hands with the BJP to form a new government.

Meanwhile, as Bihar gears up for assembly elections, the RJD and JD(U) have also started a poster war in state capital Patna to slam each other.

In its posters, the JD(U) praises the 15-year rule of Nitish Kumar as Bihar’s chief minister as an era of progress and development. While the RJD has equated this tenure as one marred with corruption and ‘jungle raj’.

Ranchi: A team of senior police officers on Sunday inspected the ward where jailed RJD chief Lalu Prasad is undergoing treatment at the Rajendra Institute of Medical Sciences (RIMS) here.

A purported video that recently went viral on the social media had showed more than three visitors at the paying ward of Prasad, in violation of norms. “It was a general inspection,” one of the police officers of the team, which included the Inspector General (Prison) and Ranchi City Superintendent of Police, said.

According to the Birsa Munda Central Jail manual, three persons can visit Prasad at his paying ward only on Saturdays. On other days, special permission is required to meet the former Bihar chief minister. The RJD, however, claimed that the jail manual is being “strictly followed”.

The RJD, which won a single seat in the just-concluded Jharkhand assembly elections, is part of the new government headed by Hemant Soren. 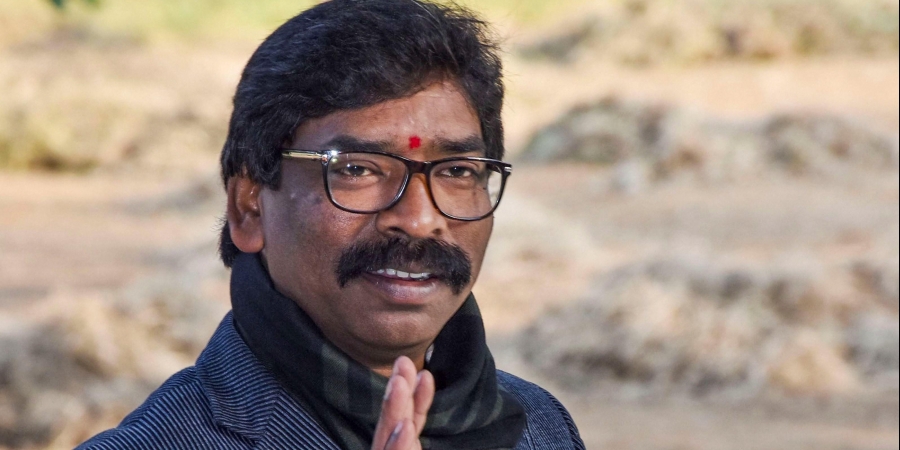 RANCHI: The three-day Jharkhand Assembly session, starting on Monday, will have 15 dynasts and at least three pairs of in-laws elected from different constituencies. It will be the first Assembly session after the ruling BJP was trounced by the JMM-Congress-RJD alliance in the state polls whose results were declared on December 23.

Senior JMM MLA Stephen Marandi, who was named as pro-tem Speaker, will oversee the House proceedings till a regular Speaker is elected. Governor Droupadi Murmu will deliver the inaugural address.
Of the 15 newly elected legislators in the 81-member House who replaced their parents or spouses, the maximum of seven are from BJP, six from the Jharkhand Mukti Morcha, and two from the Congress.

Chief Minister Hemant Soren will have brother-in-law and Jama MLA Sita Soren in the Assembly. Sitting on opposite benches will be JMM’s Tundi MLA Mathura Mahto, who is father-in-law of BJP MLA Jai Prakash Bhai Patel. Likewise, Hussainabad MLA Kamlesh Kumar Singh of NCP is related to Congress’ Bermo MLA Rajendra Singh as his daughter is married to
Singh’s son.

The AJSU party, which snapped ties with the BJP ahead of the Assembly elections, will sit in the Opposition. It will be a role reversal for the JVM, which has been in the Opposition since 2006, as its MLAs will sit on treasury benches. With 10 women MLAs, the Jharkhand Assembly is seeing the maximum of women legislators in the last 19 years.

Incidentally, former chief minister Raghubar Das, who was defeated by his former Cabinet colleague Saryu Roy on his home turf Jamshedpur East, will be not in the House. Shocked with its debacle, the BJP is yet to decide its Leader in the House.

Another interesting fact about this Assembly is that more than half (54 per cent) of the newly elected MLAs have one or more than one criminal cases against them.

The JVM (Prajatantrik) authorised its president Babulal Marandi to re-constitute all the committees from panchayat to central level, a fortnight after it won only three seats in the state assembly polls. The decision was taken at the partys ‘Kendriya Karya Samiti’ (executive committee) meeting in Ranchi.

In an effort to fight incidents like child marriage, female foeticide or even liquor vending, the government has introduced a student police cadet (SPC) project in all the government schools across the state, under which a group of girls and boys from every school are being groomed to evolve as future leaders.

The students are being explained how to respect the laws, maintain discipline and civic sense and how to stop social evils like child marriages, female foeticide, liquor vending, domestic violence and teasing. They are also being familiarised with the way the police function and are being taught how to act like a common link between the police and the community.

Altogether 1,100 government schools of the state have been covered under the project and in every school, 22 girls and 22 boys have been selected for the project.

In Patna district, altogether 1,760 girls and boys from 40 government schools have been selected to become the SPCs.

“The numbers of schools under the project vary in different districts. In Patna, 40 schools have been identified and they are being trained to work as SPCs. During the training sessions, which take place on Saturdays, the students are being explained how to prepare a plan of action to stop certain social evils and coordinate with the police and the community to succeed in their mission,” Neeraj Kumar, district education officer, Patna district, said.

There are certain issues which cannot be solved only by police’s interference.” You need people to intervene and stop the evil. The most common issue these days is child marriage and female foeticide,” he said.

Another very common problem these days is liquor vending.

Many teenagers had been found in liquor vending network. The SPC’s intervention may prove to be very affective in this direction also, he added.

Rajesh Thakur, an official from BEP, Patna, said the cadets would be provided caps with the logo of the SPC and a whistle. “And in every school there will be a nodal teacher to head the group of cadets of that school. The nodal teacher has been imparted training by a master trainer of that district to handle cases, while the district level master trainers have been imparted training by the BEP at a workshop recently held in the state capital,” he said.

The training programme in district is almost over and the cadets will now be taken to police stations and camps in their localities to learn how police respond and take actions in different cases, he added.

“The cadets will be in regular touch with their nodal teachers and the local cops. In fact, this project of student police cadet is intended to bridge the gap between the police and common people. In many cases, people do not approach the police because of various reasons. This has to be changed,” he said.