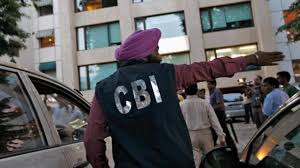 In a nationwide crackdown, the Central Bureau of Investigation on Tuesday conducted searches at around 110 places in 19 states and Union Territories.

Sources have told India Today TV that CBI has registered around 30 new separate cases relating to corruption, criminal misconduct, arms smuggling and others.

This comes after the July 2 crackdown by CBI against bank fraud cases where the agency had conducted raids at over 50 locations in 50 cities across 12 states and Union Territories.

According to CBI, the raids were conducted in Delhi, Mumbai, Ludhiana, Thane, Valsad, Pune, Palani, Gaya, Gurgaon, Chandigarh, Bhopal, Surat, Kolar and many other cities. The fraud amount in the 16 cases are over Rs 1100 crore which may rise during the investigation.

The newly registered 30 FIR’s have been lodged against the accused including various companies, firms, their promoters, directors, bank officials and private persons.

India Today TV has learnt that few of the raids are being conducted in Mumbai, Delhi, NCR, Punjab, Haryana and Uttar Pradesh.

Sources say that the government’s major agenda during the election was corruption cases in light of Rs 13,000 crore bank fraud by Nirav Modi and Mehul Choksi.