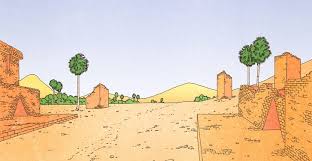 Buddhism was born under a giant fig tree, which, today, grows at the center of the remote and unbeautiful town of Bodh Gaya, in India’s destitute northeastern state of Bihar. The tree is about three crooked blocks from the Be Happy Café and a few minutes’ walk from a used book store where a middle-aged Krishna devotee from Iowa, named James, works, reselling old paperbacks by Hesse and Murakami.

The sacred Bodhi Tree is surrounded by a wall and guarded by police. (Islamic extremists bombed the site in 2013.) At dawn, before pilgrims begin their daily perambulations around the tree’s massive trunk, local children forage under its sprawling canopy—some branches are propped up by iron columns—to gather fallen leaves. Pressed inside clear plastic, the leaves are sold to visitors from Bhutan, Myanmar, and Manhattan, and to outposts of Buddhism around the world. The historical Buddha, Siddhartha Gautama, a reputed prince from what is now Nepal, is said to have achieved nirvana while meditating under the tree, in the fifth century B.C. The Awakened One purportedly spent seven weeks under under the Bodhi Tree after achieving liberation from the wheel of suffering that binds humankind to selfhood, aging, disease, and death. So Deepak Anand told me.

Last winter, I met Anand not in the Be Happy Café but at one of its competitors, the Tibet Om Cafe. The menu offered a staple comfort food of Western spiritual seekers in Asia: banana pancakes. Anand, who was forty-five, didn’t eat. He was tall, pin-thin, had a shaved head, and was so intense and talkative that he ordered a cup of tea but forgot to drink it. Anand is a self-taught cultural geographer. For the past twelve years, he has analyzed historical texts and used G.P.S. technology to chart what he says are the pathways walked by the Buddha as he spread his philosophy of mindfulness across northern India, about twenty-four hundred years ago. Anand hopes to promote this spiritual legacy by reviving a network of “Buddha trails” for pilgrims and tourists to walk in Bihar, the cradle of the world’s fourth-largest religion. Yet Buddhism largely vanished from the region centuries ago, eclipsed by Hinduism and Islam. Today, farmers plow up stone effigies without realizing that the sculptures are antique representations of the sage. “People long ago tore down the stupas and built their homes using the old bricks and stones,” Anand said, referring to Buddhist monuments that once dotted the Ganges River plains. “They simply didn’t know.”

To test his ideas, Anand suggested we hike from the Tree of Enlightenment, in Bodh Gaya, to the ruins of the Nalanda university—an important center of Buddhist learning, which was razed by Turkic invaders in the twelfth century. The four-day trek effectively spans Buddhism’s rise and fall in the subcontinent—many scholars believe the university’s destruction contributed to the religion’s decline. No one in recent times, Anand assured me, had retraced the Buddha’s footsteps along the fifty-mile route.

The Buddha’s only concession to hiking kit was a begging bowl. He sometimes strode through the villages of Bihar with a large crowd of followers in tow. Our own walking party numbered four: the Bangalore-based journalist Bhavita Bhatia carried a Free Tibet flag in her rucksack; Siddharth Agarwal, a river conservationist from Kolkata, lugged a leaden hardback copy of “Ganges: The Many Pasts of an Indian River”; I packed the electronics needed to transmit stories from the trail. Only Anand practiced Buddhist non-attachment. All he brought was a light sweater. “Sorry, sorry, sorry,” he said, when we caught up with him on the trail, after he repeatedly surged ahead. “I’m a high-energy person.”

In the Buddha’s day, northern India’s religious landscape was in a time of spiritual crisis and social upheaval. Disillusioned, rudderless, Siddhartha renounced his gilded life—a childhood with thirty-two nursemaids, a kingdom with seasonal palaces and private gardens, and his princess wife and their child—to join other ascetics meditating in forests along the Neranjara River.

A carload of sightseeing Malaysian monks stopped to ask us directions. They ended up debating Anand about the location of Ratnagiri Rock, the site sometimes identified as the place where Siddhartha finally abandoned the hermit life, broke his fast with a bowl of gruel, and invented a “middle way” to transcendence that rejects both extreme sensuality and extreme austerity. Anand informed the monks that he had geotagged the exact coördinates of Siddhartha’s epiphany. The monks smiled in polite silence. “There are so many sects in Buddhism,” Anand said. “It’s impossible to convince them all.” We walked on. We passed the mountain cave where Siddhartha was said to have mortified himself for six years, by some accounts sleeping on a bed of spikes. And, after that pilgrimage stop, Bihar became just Bihar.

Following Anand, we plodded through abandoned sand mines. We stepped over railroad tracks. Inert villages slipped by, hollowed out by urban migration. In granaries, families hand-cranked large mechanical fans to generate a breeze for threshing their harvest. The Biharis, though, are ritually kind. They offer a cup of well water, a spot of shade, a narcotic betel nut to chew on the way. A day’s walk from the global tourist bubble of Bodh Gaya, where lamas broadcast meditation tips on YouTube, the world grows so insular that young village boys, peering up at me, exclaimed, “Look at that face! Have you ever seen a face like that?”

“What our people and the government don’t realize,” Anand told us, in frustration, “is that they are living on top of a global treasure—inside a living museum.”

Anand isn’t Buddhist. He was a Hindu by birth and is an empiricist by nature. Mostly, he is a proud Bihari.

The middle-class son of a military father and a housewife mother, Anand studied engineering and hoped to become a fighter pilot. But his curiosity kept drawing him to the mounds of Nalanda. The grassy hillocks are rubble from the powerful Magadha empire, whose kings funded the world’s first Buddhist monasteries, more than two millennia ago. Anand began poring through early travellers’ accounts of his homeland’s largely forgotten past. His hero is Xuanzang, an adventurous Chinese monk who travelled to India, in the seventh century, to study the roots of Buddhism. Working as a pilgrimage interpreter and cultural consultant, Anand became an unlikely Buddhologist. An entry on his blog, announcing his purported discovery of Ratnagiri Rock, and citing a fifth-century Chinese monk named Faxian, contains paragraphs like this:

Anand has compiled hundreds of such waypoints in his Buddha-trail database. He is a keen admirer of his predecessors, the nineteenth-century British archeologists whose excavations proved that Buddhism was a South Asian idea. (Earlier scholars had maintained, based on curly-headed statues, that the Buddha was Ethiopian.) “The British were colonizers,” Anand said, “but they gave India the Buddha.”

“And they took everything they found away to London,” Agarwal, the river conservationist, said.

When we walked into a village called Lohjara, every household seemed to wave at Anand. He was hailed for pressuring the local police into investigating the theft of the village’s stone Buddha. The weathered statue, contemplating eternity in the lotus position, had been sitting in a local field for generations. In 2014, art thieves hefted the heavy sculpture into a car trunk and made off into the night. Two years later, acting on a tip, officers raided a nearby warehouse and found the Buddha packed for export. “We felt very bad those two years,” Rattan Pandey, a village elder, recalled. “We protested to the authorities to recover it immediately. We even blocked the roads.”

The restored Buddha was anchored with steel hoops beneath a village tree. The statue’s face was hacked off centuries ago, possibly by a Turkic soldier. Pandey worshipped the figure as Nakti Shiva, or Noseless Shiva, a mutilated version of the Hindu god.

We climbed the Jethian valley, plucking tart berries from jujube trees. According to the explorer-monk Xuanzan, a local man had tried to measure the Buddha’s height when he visited the place, but gauging the immense soul by any earthly means had proved impossible. In frustration, the skeptic had thrown down his bamboo yardstick—which sprouted to green life. Canebrakes still feathered Jethian’s high ravines. There were also faded village posters advertising Anand’s first effort at resuscitating the sacred landscapes of Bihar—a pilgrim’s walk organized with a charity from California.

A remote mountain road patrolled by rhesus monkeys led us to Rajgir, the former capital of the Magadha empire. The area was a bewildering Venn diagram of India’s singular spiritual history: Jain caves, Hindu temples, Muslim shrines, Ashokan stupas. Anand was well-known here, too. At Vulture’s Peak, a shrine where the Buddha taught his Heart Sutra—“Form is only emptiness, emptiness only form”—a crowd of touts, stevedores, rickshaw drivers, and cold-drink venders ringed Anand. They complained about being bullied by a pilgrimage mafia. He advised them to unionize.

On day four, we limped into Nalanda under clouds the color of polished lead. Anand showed us around. At its peak, Nalanda, in central Bihar, was the largest center of Buddhist learning in the world. It housed as many as ten thousand student monks. They argued about Buddhist doctrine and studied cosmology, astronomy, and art. Scores of villages nearby were dedicated to feeding resident scholars. Nalanda’s graduates helped carry Buddhism to Tibet and points along the Silk Road. “They used big mirrors to reflect light onto the Buddha statues inside temples,” Anand said, highlighting the monastic center’s architectural wonders.

But the manicured ruins felt comatose. Bhatia, the journalist, unfurled her colorful Tibetan pennant—the only touch of color on Nalanda’s barren squares.

How Buddhism ghosted away from its Indian source, between seven and nine centuries ago, remains one of the great mysteries in the history of religion. The Hindu nationalists now in power in New Delhi take an official stance: they insist that Muslim hordes from Central Asia—first Turkic invaders and later the Mughals—wiped out the pacifist Buddhists at sword-point. The general who razed Nalanda, Bakhtiyar Khalji, couldn’t even read the millions of Buddhist manuscripts he torched. But other scholars, Anand included, believe the reality is more complex. For centuries, Buddhism’s influence was waning in India. The monasteries created a brain drain, sapping innovation. The monks grew isolated from the people. Hinduism and Islam attracted more followers. It was as if Buddhism evanesced the same way that its master teacher did. The Buddha reputedly died, at age eighty, near what is today Kushinagar, in Uttar Pradesh. His ashes were taken from the scene of his life and scattered far across the Buddhist world.

According to some scriptures, the Buddha spent a week “walking a long way up and down in joy and ease” after attaining enlightenment. Our own little walking party sputtered to an end at the Nalanda bus stop. Bhatia left for Sikkim. Anand returned to his base, at Bodh Gaya. Only Agarwal and I slogged on—toward the Brahmaputra River. A dense ground fog hugged the fields, making navigation difficult. We stumbled along sodden canal trails. Crows appeared and vanished in the white. Anand had asked, before we parted, for endurance-walking advice. I’d forgotten to tell him that, on any long walk, he will get lost. And that being a little lost isn’t bad. It helps you stay awake. And being found is overrated.