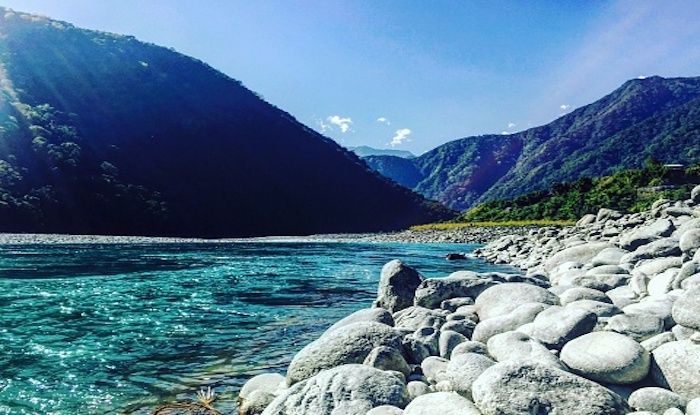 Tezu, a small town of beautiful rivers, pristine lakes and verdant valleys, is located in the Lohit district of Arunachal Pradesh. While the beauty of the Northeastern states remain unparalleled, Tezu particularly stands out for its simplicity. A land of many tribes, the Mishmi tribes are said to be the earliest inhabitants of this land; their history dating back to the period of Mahabharata.

Start your tour of the hamlet with Dong, a scenic valley situated at the confluence of Sati and Lohit rivers. It is believed to be the first place in Eastern India to receive the sun-rays every morning. At an altitude of 1,240 metres, Dong offers scope for trekking amidst spectacular views.

Glow Lake looks straight out of a post-card; with its picturesque landscape and snow-capped mountains forming the backdrop. Situated an altitude of 5,000 feet above sea level, you can indulge in an adventurous trek here as well.

For the religiously inclined, Parasuram Kunda is a must visit. Situated on the bank of Brahmaputra and surrounded by majestic mountains, Parasuram Kunda is frequented the most during Makar Sankranti; it is believed that taking a dip in the waters here washes away one’s sins. A temple in the premises is dedicated to Lord Parasuram.

For the culture vultures, a visit to Tezu District Museum And Craft Center is unmissable. It houses some of the best art collections that reflect the culture of the tribes of Tezu. Some of the rare collections include paintings, manuscripts, weapons, costumes and ornaments that have been used by the tribes.

Don’t leave Tezu without exploring D’Ering Memorial Wildlife Sanctuary, which was earlier known as Lali Wildlife Sanctuary. Spread across an area of 190 square kilometres, the sanctuary is home to wildlife including tiger, elephant, hog deer, wild pig and sambar as well endangered, resident and migratory birds.