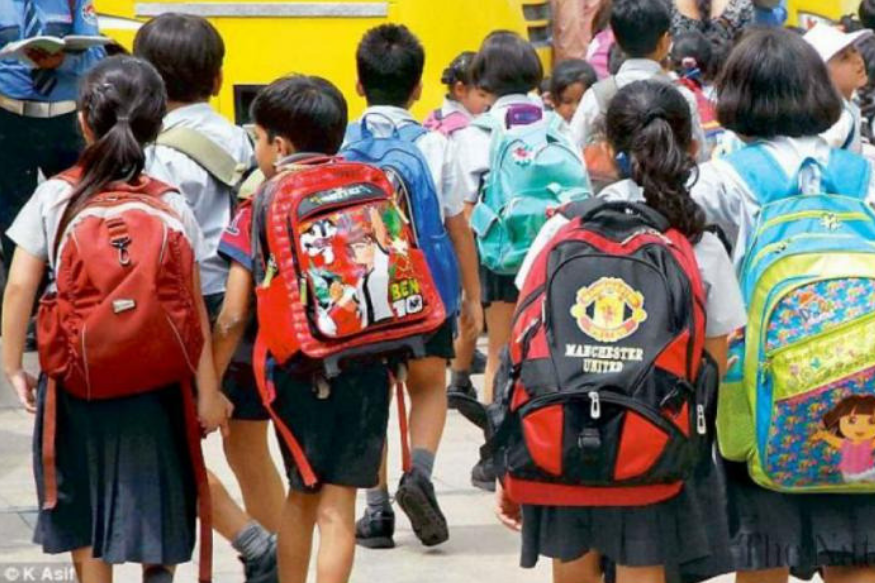 Jharkhand Minister for School Education and Literacy, Jagarnath Mahto had visited the school at Koiya village in Gola block of Ramgarh district on Wednesday and the incident went viral on social media and was reported in online portals.

Ramgarh (Jharkhand): The Jharkhand Minister for School Education and Literacy, Jagarnath Mahto was in for a shock when he was told by school children that Hemant Soren is the education minister of the state.

The students of class seven of the government school at Ramgarh, to whom he was speaking, had more for him in store.

Mahto had visited the school at Koiya village in Gola block of Ramgarh district on Wednesday and the incident went viral on social media and was reported in online portals.

The head mistress of the school Kalawati Soni said on Thursday that the students were apparently unaware of Mahto as he had taken charge just about 10 days ago. Soni said she was on leave when the minister visited the school and the students failed to give the correct answers.

that a probe has been ordered into the poor education skills of the government school.

He said that the district superintendent of education, Sushil Kumar would enquire into the incident and submit a report to the administration.

Mahato, who took oath as a minister on January 28 and got the portfolio the next day, has said that he will continue to make surprise visits to schools. 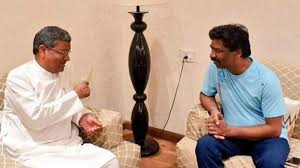 s Jharkhand is bracing up for the assembly polls towards the end of the year, political parties have already intensified their campaign. It is going to be NDA, led by BJP, versus others in the state.

However the picture is still grey as to whether the allies of opposition will manage to come on a common platform.

The Congress is yet to take a call in the matter.

It is not known whether the party is interested in a pre-poll alliance with all the allies who are against the BJP.

There has been a change of guard and five working presidents were nominated to bring back the party on track which is loosing it’s base in the state.

However party spokesperson Lal Kishore Nath Shahdeo has accepted that talks are on with the Jharkhand Mukti Morcha (JMM).

In the prevailing political condition, other allies of opposition have started dialogue among themselves to reportedly forge a formidable alliance to take on the BJP which is riding high on the Modi wave. The saffron party is brimming with confidence after an emphatic win on 12 out of 14 seats in the Lok Sabha elections 2019.

In what is being seen as an effort to break ice two stalwarts of Jharkhand, Jharkhand Vikas Morcha (JVM) supremo and the first chief minister of the state Babulal Marandi and former chief minister Hemant Soren met at Dhanbad circuit house for more than 25 minutes in a closed door meeting.

Both of them were visibly thrilled post the meeting. Babulal Marandi said that there was nothing to hide. He admitted that he was not against an alliance of like-minded parties.

Hemant Soren reiterated the same. There was no discussion over seat-sharing, Soren said, but when the time comes, everything will be sorted and disclosed to the media.

All is well, Soren said, while dropping a hint that RJD, JMM and JVM could explore the possibilities of contesting the elections under an umbrella.

In 2014, Congress had thrown it’s hat with RJD and JDU in the electoral fray but JMM and JVM had contested on their own.

The major issue which emerges in alliances is seat-sharing. This was the core reason why JMM and the Congress had contested 2009 and 2014 assembly polls without an alliance.

Now, the allies are daring to take on the BJP and whether they will see eye to eye with their partners remains to be seen.

Highly placed sources said that even RJD wants 12 seats and the other allies are opposed to it, citing reasons that they don’t deserve the number of seats they are asking.

Congress wants more seats in Santhal where JMM candidate had won. The allies are headed for a fight over seat-sharing before going to polls. It would be interesting to see who wins the race.Al

Jharkhand Raksha Shakti University, established in 2016 to provide efficient and trained professionals to meet the demands of police and other security forces, is in the eye of a storm with JMM leader Hemant Soren questioning its efficacy by suggesting that many of its graduates were now working as ATM guards.

While students did not quite endorse Hemant’s views, aired in a tweet, they, however, expressed their displeasure with the university authorities for not organising placements properly and not briefing potential recruiters adequately about the various courses in criminology, forensic sciences and industrial security that they were taught.

At the university at Meur’s Road campus, students aired their views on the tweet freely but did not want to be identified.

“Security agencies want to appoint us as guards when we approach them because they do not an idea about the courses we are taught. I hold the university authorities responsible for this as it did nothing to let the agencies know what qualifications we have,” said one who completed a one-year post graduate diploma in industrial security this year.

Another student, who has done an MSc in criminology this year, agreed.

An assistant professor of the university did not deny the students’ contention, but clarified that a university wasn’t supposed to provide jobs.

“A university can give education. But for jobs, students have to make their own efforts by appearing in various competitive examinations, meeting employers and impressing them with their skills,” he said, adding that Jharkhand Rakshashakti University was imparting quality education in its chosen fields.

“But as far as agencies’ offer of ATM security guards is concerned, it is the fault of the particular agency, not ours,” he added.

Asked to comment specifically on Hemant’s tweet, the assistant professor said: “The first batch of 70 students, whom the JMM leader was apparently referring to in his tweet, was well trained. To the best of my knowledge, 50 per cent have got jobs and those who haven’ are competent enough to get jobs. Students of the university are given 15 grace marks in police recruitment examinations.”

“This year, out of 15 students who appeared for NET in criminology, five qualified. This indicates that our teaching level is good. Also, as many as 10 students got admission in Delhi University,” he added.

Jamuar also claimed that the university’s placement records were better than general universities of Jharkhand, but did not present data to back his claim.

The state government established Jharkhand Raksha shakti University in 2016 to provide trained manpower to meet the demands of police, military and other security forces by providing an opportunity to youths of the state to build careers in these services.

Students are also offered training to tackle contemporary challenges arising out of terrorism, economic offences, cyber crimes, telecommunication offences and the other offences that require expertise in forensic science.

The Opposition parties on Wednesday outlined the contours of pre-poll alliance at the residence of JMM working president Hemant Soren.

The leaders stressed on charting out a mutually agreeable formula ahead of the assembly polls.

It was agreed that the parties will give candidates from the seats they had won respectively in 2014 and there was no qualm on it.

The parties also stressed on earmarking the seats in the name of the respective parties wherefrom they finished second in the last assembly election.

Besides, there was confusion over the rights of the JVM (P) to contest the six assembly seats it had owned in 2014 but the party legislators defected to the BJP after winning.

The above two contentions were kept open for further discussions and debate while the allies have been asked to submit their wish list within seven days in writing. The grand alliance of the opposition is cautious after being humiliated by the BJP.

The meeting was attended by the representatives of Congress, JVM (P), RJD, Marxist Coordination Committee (MCC) and Forward Bloc.

However, the main Left parties – the CPI, CPI (M) and CPI (ML) Liberation did not attend. The decision was taken on Tuesday.

The Left decided to identify the seats the parties want to contest and to negotiate with the grand alliance parties thereafter. Confirming this, CPI state secretary Bhubaneswar Prasad Mehta said the Left parties will meet on July 16 to finalise their list.

Clarifying further, CPI national secretary Atul Anjan said the Left is open for negotiations. We will support any forces that are keen to defeat the BJP, he said. He said that the most Opposition parties do not have ideas on how the BJP is disintegrating the Opposition engineering defection.

JMM working president Hemant Soren, after the meeting, said that the efforts are on to bring all Opposition parties under one umbrella to show BJP the exit door. He said the parties have been directed to identify the seats they are confident of winning and submit it in writing in one week.

On claims of the parties from the sitting seats they had owned in 2014, Hemant said it is a natural claim. For the rest of the seats, decisions would be taken later regarding who will contest where, he said.

On the vexed issue of seats owned by six JVM (P) legislators, who joined the BJP later, he said, “We are serious on that too and working on mutually agreeable solution before staking claims on those seats.”