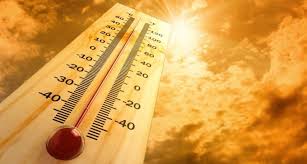 As per the data released by the American space agency NASA on Monday, the global average land-ocean temperatures were 0.93°C above the normal temperature (with 1951 to 1980 as base years).

It said such high temperatures have never been observed on Earth in recorded history since 1880. June of 2016 was the second-highest at 0.82°C above normal. Then also, El Niño in 2015-16 was cited as the reason.

Meanwhile, the climate community is concerned about how the temperatures have shot up despite it being a weak El Niño year.

The European climate institution Copernicus had also reported June 2019 as the warmest on record. Experts say July could well be the hottest-ever, as North America and the middle-east continue to record extreme temperatures.

June was lethal for states in North India with Bihar alone reporting 137. Of this, Aurangabad reported 60 deaths, Gaya 41, Nalanda 13, Nawada 12, Munger 5, Kaimoor and Vaishali 2 each and Aara and Samastipur 1 each.

Major cities in Bihar like Patna, Gaya and Bhagalpur witnessed an intense heatwave.

Due to the continuing heatwave, the state government ordered the suspension of academic activities in all schools, colleges and educational institutes across the state till June 22 apart from ordering the closure of markets between 11 AM and 5 PM in three south Bihar districts of Gaya, Aurangabad and Nawada.