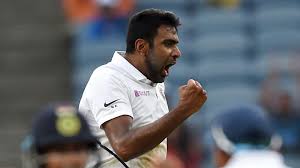 Spinner Ravichandran Ashwin is going though a rich vein of form and he will look for similar level of performance when India take on South Africa in the third and final Test of three-match series starting Saturday. The hosts have already taken an unassailable lead courtesy of their convincing victories in first two Tests. Virat Kohli and his troops will now aim to whitewash Proteas at JSCA International Stadium Complex in Ranchi.

For that to happen, India will hope Ashwin continues his scintillating wicket-taking run in the third Test. With 14 wickets in two Tests, the tweaker in the leading wicket-taker in the series thus far, four ahead of teammate Ravindra Jadeja.

An added incentive for Ashwin will be that he could surpass Harbhajan Singh in the list of most wickets taken by an Indian bowler against South Africa in the longest format. Ashwin needs nine wickets to overhaul Harbhajan and secure the third spot in the list led by Anil Kumble.

Ashwin continued his rise in the ICC Test Rankings for bowlers after his stupendous show with the ball in Pune. Ashwin, who had entered the top 10 after the first Test in Visakhapatnam, has now moved to the seventh spot, courtesy of his six wickets which he took against the Proteas in the second Test.

Meanwhile, Kohli has already issued warning to the opponents and said India will not “take their feet off the gas” and will aim for a whitewash when the final Test begins in Ranchi.

“Looking at the larger picture of the Test championship, every game has value, whether it is at home or away, that is the format. So, we’re not going to take our foot off the gas in the third Test,” Kohli said at the post-match presentation in Pune.

“No one is going to relax at any stage, we are going to go for a result in the third Test and hopefully make it 3-0, that’s a guarantee,” he said.