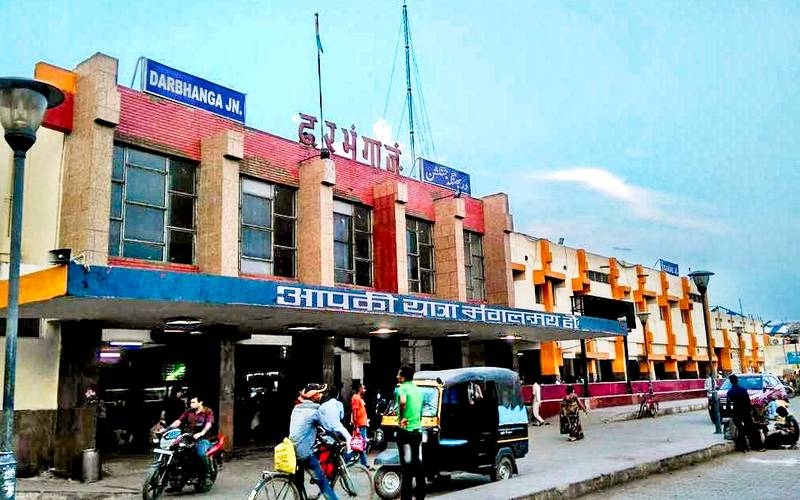 During the considerable time gap since then much water has flown down the rivers and many events, both pleasant and unpleasant — from abuse of girls in shelter-homes to Pulwama bombing to the Lok Sabha elections to the outbreak of encephalitis — have all filled the pages of newspapers, I spent a good hundred days in India, mostly at my ancestral home in the city of Darbhanga (24 Feb to 19 May, 2019). Away from India, I always had the urge to reach out to fellow Biharis through the PD columns; closer home, as if I was on an unexplained leave of absence!

Before arriving at Darbhanga, my wife, Reeta, and I had the opportunity to visit my alma mater JNU, present a talk arranged by Dr Mansi Mandal, a JNU alumni, at Amity University (Gurgaon), meet with a number of friends and relations in Delhi, and take a holy dip at the Prayag Kumbh while camping with my Lucknow-based cousin sister Madhu Di (originally from Patna).

At every stage of my travel, I thought I could have sent a short dispatch to PatnaDaily capturing my impressions or experience (as many competent writers do), but the procrastinator in me always came in my way. During my prolonged stay at Darbhanga, I always toyed with the idea of writing something and thought of a potential topic every day but, again, failed to get myself to doing that on one pretext or the other. The idea seemed to drown with the setting sun every night.

The thought of uselessness of writing, frankly, also crossed my mind. It possibly discouraged me from typing out my impressions. I was most likely overwhelmed by many things going on around me. I decided perhaps voluntarily to internalize the experiences and then set about expressing them. But then the question was where to start, which question to take up and where to go? Who will I be writing for? Who are the targeted readers? Is there anything new I’m going to say? Should I be recording things for myself and then share with interested friends and relations later? How is this going to be beneficial to the society? And so on.

As a Bihari settled in Canada, I thoroughly enjoyed being at my ancestral home place living in its own life-style; however, that didn’t prevent me from critically looking at my own surroundings in Darbhanga, most of the time through a foreigner’s pair of glasses. The contrasts between our two livings — and the mindset — were so stark that I feared if I said anything critical, I would be seen as attempting to force people into adopting certain attitudes and behavior that they considered “foreign.” But my anguish continued. I wished to engage everyone around me in a serious conversation: Please think long and hard about the future of Bihar.

If I were to frame one question, I would ask: “Are we trying to make Biharis, particularly the generation that is under ten, into the future aware Citizens?” What will happen when this huge chunk of the population grows up into adulthood not properly educated or trained; not seeing a clean or efficient administration or the rule of law in action; not realizing the dangers of lawless behavior on the road or in the over-populated neighborhoods; not understanding the consequences of environmental (including noise) pollution or not comprehending the superstitious-exploitative, ritualistic, self-destructive or political aspects of organized/ institutionalized religions?