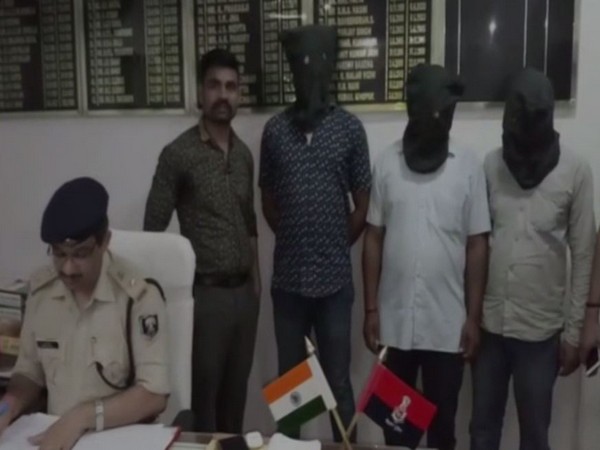 Two men were arrested from Bihar for allegedly killing a financier and his employee over a monetary dispute, the police said on Wednesday.

Accused Naveen Vashisth (32) and Rajnish (31), both residents of Bawana, were nabbed from Patna on Monday when they were about to board a bus for Nepal.

On October 14, 30-year-old Amit Hooda and his employee Nikhil Gulati (39) were shot dead and their bodies had been dumped in the Bawana Canal.

They hosted a liquor party at Naveen’s flat in Rohini Sector 24. When Amit arrived with Nikhil, the accused offered then liquor with an entire strip of sleeping pills mixed in, the officer said.

When the victims passed out, the accused bundled them up in Amit’s car and drove to an isolated patch near the canal. They took them out of the vehicle and shot them, the officer added. They then threw the bodies in the canal and buried the pistols in Rajnish’s farmland in Harewali village and parked Amit’s car in a residential area in Rohini. They called up a friend in Patna and boarded a train to Bihar where they had been hiding ever since, the DCP said.

Efforts are on to nab the third accused, he said.

“During interrogation, the accused admitted to their involvement in the killings. Naveen said that a few years ago, he was a property dealer. But his business was not doing well. Aout a year ago, he started a factory in Shahbad Dairy. He was short of cash and borrowed ₹3 lakh from Amit,” the officer said.

However, his factory suffered losses and he was unable to pay back the money to Amit, who had started pestering him for the cash.

On one occasion, Amit had visited his house in his absence and had misbehaved with his father, the officer added.