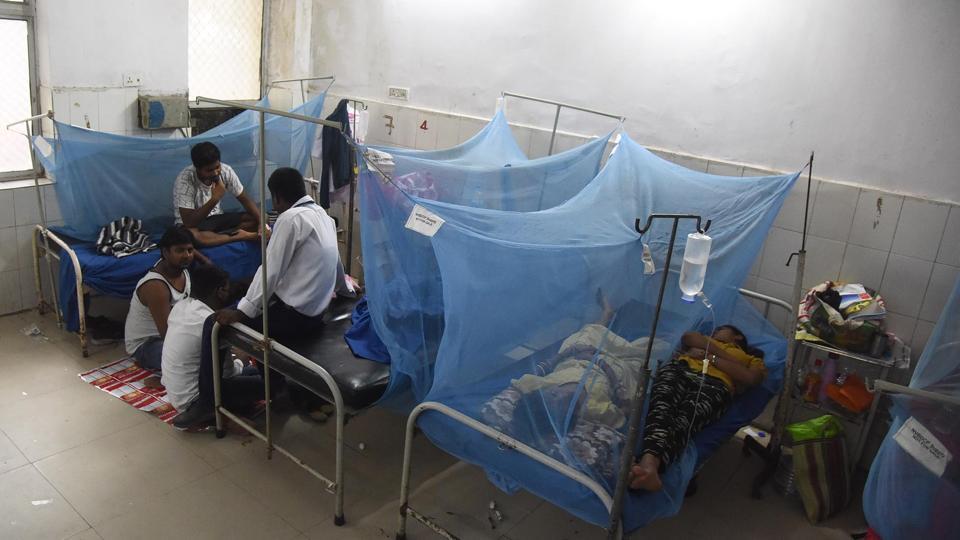 An entomologist, from the Ministry of Health and Family Welfare, New Delhi, who was visiting Patna to check houses for Aedes mosquito larvae, which transmits Dengue, has now been afflicted with the disease.

Dr Ram Singh, joint director of the National Centre for Disease Control (NCDC), and head of the Centre for Medical Entomology and Vector Management, New Delhi, has been sent to the sick bay after he tested positive for Dengue and Chikungunya on Saturday.

He was a part of the Central team sent to the city on October 3, at the behest of Union Minister of State for Health Ashwini Kumar Choubey, to help the state in curbing the spread of the disease.

Patna was battered by incessant rain between September 27 and 29.

Dr Singh, who is down with high fever and acute joint pain, could not return to Delhi with the rest of the team on Saturday. The Central team wound up its fortnight-long operation in Bihar, this weekend.

“I am shivering with high fever and have pain in my joints since Friday. I had to return to Delhi yesterday (Saturday) but am still here under the care of Dr Krishna Pandey of the Rajendra Memorial Research Institute of Medical Sciences (RMRIMS) after my blood serum test tested positive for Dengue and Chikungunya,” Dr Singh said over the telephone.

Dr Singh had visited several waterlogged houses to check them for Aedes mosquito larvae, as microbiologists and entomologists accompanying him went around collecting samples of water from piped sources and tanks to check for the presence of microbes and those in buckets, planters, toys, pools, birdbaths, flowerpots, or trash containers, to check vector density of Dengue. Mosquitoes are known to breed in stagnant water.

The Central team conducted health camps and collected blood samples to check vector and water-borne diseases as well as samples of stagnant water from households to check dengue vector density. It wound up its operations after consultation with the state government on October 18.

Earlier, two BJP legislators — Nitin Navin and Sanjiv Chaurasia — both from Patna, were stung by the Aedes mosquito.

At least five Dengue patients have died in Patna since October 15, but the state government has so far not attributed any of these deaths to the disease.

Doctors, requesting anonymity, said that nine out of 10 deaths in case of Dengue was due to co-morbidity and failure of different organs like the heart or the liver, triggered due to the disease.