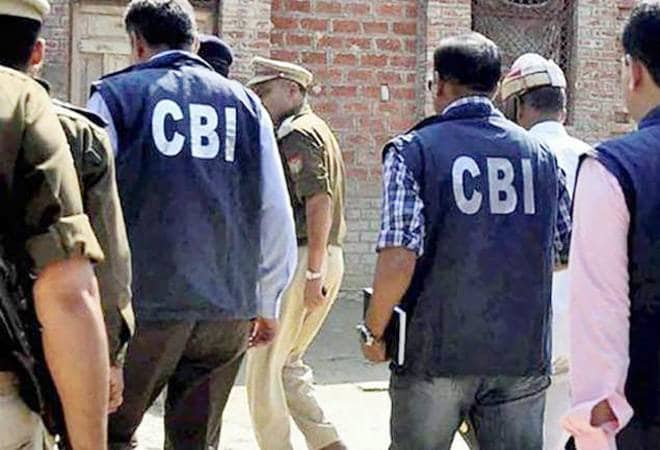 New Delhi : In a possibly the biggest synchronised action against alleged bank loan defaulters, the CBI on Tuesday launched a massive crackdown by carrying out searches at over 61 locations in 18 cities after registering 17 cases involving swindling of funds to the tune of Rs 1,139 crore, officials said.

Over 300 officers drawn from various units of the agency swooped down at over 61 locations and knocked the doors of alleged defaulters on the basis of complaints received from various nationalised banks and inputs developed by the agency under close monitoring of CBI Director Rishi Kumar Shukla and senior officials in Delhi.

The figure, which stood at around Rs 640 crore, swelled to Rs 1,139 crore as the agency continued filing of FIRs during the day and expanding its search operations.
Braving the waterlogged streets of Mumbai due to incessant rains, the agency officials carried out searches at promoters and directors of Winsome Diamonds founded by absconding diamantaire Jatin Mehta who was booked in a fresh FIR registered under this operation.

This was the 16th FIR against Mehta accusing him of allegedly defaulting Rs 202 crore from Exim Bank. He is accused of allegedly swindling funds to the tune of Rs 6,500 crore.

Two places were searched in Delhi and Mumbai in connection with Asuti Trading. By evening, the agency had already registered 17 FIRs across the country and the process of registering more is going on, they said.

The searches were being conducted in Delhi, Mumbai, Ludhiana, Thane, Valsad, Pune, Palani, Gaya, Gurugram, Chandigarh, Bhopal, Surat and Kolar, among others, the officials said.

Three FIRs pertaining to alleged irregularities in disbursal of housing loans in a Union Bank of India branch in Bhubaneswar were also registered by the agency in which senior bank officials have been named as accused.

The loans resulted in the loss of Rs 24.17 crore to the bank, the officials said, adding that searches were conducted at nine places in Odisha.