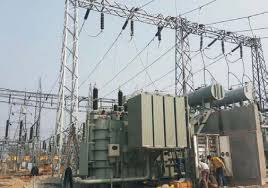 After successful completion of the target, Bihar would become the first state in the country with all its power consumers availing facility of prepaid electricity meters.

CM Nitish Kumar has assigned the task of completing the installation to chairman-cum-chief managing director(CMD) of BSPHCL Pratay Amrit, who has played an effective role in ensuring the complete electrification of villages in record time in the state.

In the last five years, Bihar has spent a whopping Rs 55,000 crore on electrification works and ensuring availability of power.

The CM while lauding the performances of electricity department at a function organised to inaugurate and kick-start various schemes worth Rs 697 crores on Tuesday, said that department should also achieve the target of installing the prepaid meters on top priority.

“Once the prepaid meters are installed, consumers will face not problems like inflated bills of which is major complaint by consumers”, Kumar said.

He also asked the power officials to replace all the old wires within the stipulated time frame and ensure separate power connection under the agriculture incentive plan to the farmers.

Deputy CM Sushil Kumar Modi, also present at the function, said that the number of power consumers in the state has increased from 37 lakh in 2012 to 1.48 crores in 2019.

“Thanks to the ample availability of power in even remotest parts, state government got a huge revenue of Rs 9,072 crores. The ample power availability has reduced the sales of inverters and gensets in the state to a great extent”, Modi said.

Pratay Amrit said that installation works of smart prepaid meters will start in July from Arwal and Sheohar districts of the state. He informed the government in his welcome speech that old wires in 28874 circuit km were replaced. “The number of power sub-stations has increased also from 95 to129 with a registered demand of power around 5389 megawatts in the state”, he said.