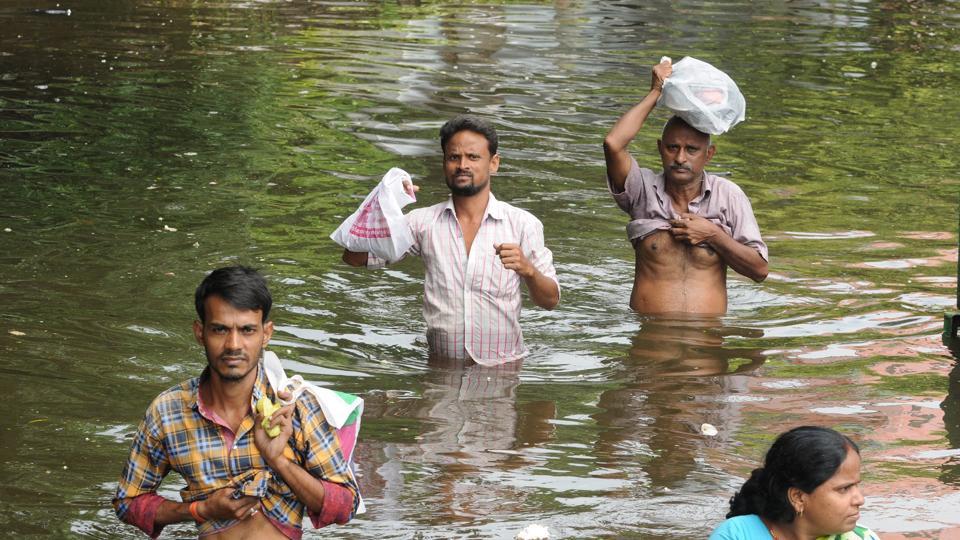 The 2019 monsoon season, which continued till late September, has been disastrous for Bihar. There has been large-scale inundation, leading to loss of lives and property and displacement. Moreover, in the last four months, the Bihar government has spent nearly ~130 million to provide relief to those affected by floods, which were caused by torrential rains in Nepal in mid-July, and flooding in the basins of the Kamla, Bagmati, Gandak, and Kosi rivers that originate in the neighbouring country. The state has urged the Centre to provide ~2,700 crore as compensation.

If Bihar has to get out of this annual cycle of flooding and destruction, the state has to reclaim its riparian rights over the Ganga. One of the key reasons why the destruction could be contained somewhat in the September round of flooding was the timely decision taken by the Bihar government of requesting the release of 19 lakh cusec of water via the Farakka Barrage across the Ganga in West Bengal. The discharge through the barrage, which was built in 1962, was increased to decongest the floodwaters in the Ganga and save the riverine areas along the river in Bihar.

The Farakka Barrage has been a controversial project since inception. The first landmark publication against the Nehruvian penchant for large dams was authored in 1961 by the then superintending engineer of the West Bengal government, Kapil Bhattacharya. He warned that the construction of the barrage would lead to heavy flooding and siltation in Malda and Murshidabad districts of West Bengal, and to floods in Bihar. Bhattacharya was hounded for criticising the project, which was originally conceived by the British in 1853 to “flush out silt from the approach channel” to their key trading port, Calcutta. After Independence, the Centre and the Bengal governments pursued the project, disregarding criticisms.

At that time, there were three key arguments against the building of the barrage. First, the designed discharge of 27 lakh cusec was way below what’s needed during floods; second, it will increase siltation in Ganga owing to reduced flow during the lean months; and, third, that the barrage would reduce water flow into Padma (East Pakistan).

All three apprehensions have been proved right in the later years.

Either due to deft diplomacy by the Bangladesh government or the weakness of the HD Deve Gowda-led government, in the 1996 (lean season) water-sharing treaty between India and Bangladesh, Dhaka was able to wrest the desired discharge from Delhi. Bihar, a key stakeholder, was neither included as a participant in the negotiations, nor was its protest on the treaty’s provisions ever considered. Moreover, both the Indian and Bengal governments could never work out any alternative for the much-hyped 40,000 cusecs of discharge throughout the year into the Hoogly channel, which was, allegedly, required to keep the Kolkata port operational.

So, who has been bearing the brunt of these commissions and omissions? Bihar. While the state suffers from annual flooding, a series of dams and barrages over the Ganga, and its tributaries in Uttarakhand and Uttar Pradesh, are denying Bihar its due share of the river’s water.

To honour the Indo-Bangladesh treaty’s commitment of ensuring 1,500 cusec of discharge at Farakka, Bihar has to provide this from the state’s other rivers. This means Bihar only gets 400 cusecs of water from the Ganga during the lean months (January to May). This low water volume and the resultant placid flow year after year have dried up the river’s channels, leaving enormous silt deposits in its lower reaches. The gradually ascending river beds abet inundation during the high volume flooding periods because the choked discharge at Farakka restricts free flow. It is a double whammy for Bihar.

It defies logic how the Central Water Commission (CWC) has persisted with its stand on the issue despite several submissions by the Bihar government and expert group estimations pointing to the need for a rethink on Ganga water sharing and decommissioning of the Farakka barrage.

Repeated submissions by the Bihar government for a review of international and inter-state water-sharing arrangement, and optimising the Farakka barrage’s discharge capacity to meet the changed hydrology of the river, have been systematically downplayed by CWC. The momentum generated by two high-level expert meetings in Patna and Delhi in 2017 has not produced anything productive. Reviving the discourse has become imperative once again.

The annual agony of flooding is a demonic drain on the national resources and not just that of Bihar. Given its political and diplomatic clout, the National Democratic Alliance is best poised to redeem Bihar and its 130 million people from this scourge.