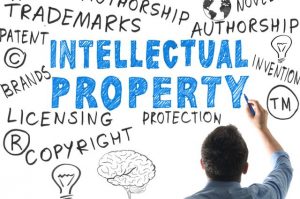 The State Cabinet on Tuesday approved a research survey for guidance in establishing intellectual property rights and geographical indication of Jharkhand for the same. The Cabinet decided to outsource this work to the National Law School of India in Bangalore for Rs 33.55 Lakh.

The survey will be focused on Micro Small and Medium Enterprises (MSME), said State Urban Development Secretary Ajoy Kumar Singh, adding that the research will help small enterprises get intellectual property rights over their products. The MSME centre in Ranchi will function as the nodal office for this survey. “Deoghar’s peda (an Indian sweet), Sohrai art of Hazaribag and many other products and art forms of Jharkhand may come under this survey,” said Singh.

In another move towards digitalization, the Cabinet approved Rs.66,33,000 for digitalization of the Principal Accountant General’s office in Ranchi.

The Cabinet on Tuesday also came up with good news for State government employees. It approved an increase in dearness allowance from 9 per cent to 12 per cent with effect from January 1, 2019 for all the state employees and pensioners. This will cost the state exchequer a sum of Rs.364 crore for working employees and Rs.161 crore for pensioners. This increase in dearness allowance was earlier approved by the centre and replicated by the cabinet on Wednesday.

Following an order of the Supreme Court, the Cabinet on Wednesday approved the formation of a tribunal to look into the claims made by survivors or family of deceased in cases of road accidents. Besides, the Cabinet approved creation of 279 vacancies for teachers in eight polytechnic colleges and surrender of 145 such posts. For the creation of the 134 new posts, the state will bear a cost of Rs.5 crore 53 lakh annually. The new positions will be created in Simdega, Sahebganj, Jagganathpur and Dumka, while positions will be surrendered in Chandil, Bahragora and Maheshpur.

The Cabinet proposed to give Jharkhand Combined Entrance Competitive Examination (JCEC) the authority to hold B.Ed exams and all other examinations on Optical Mark Recognition (OMR) sheets. This proposal will go to the State Assembly for approval. The JCEC holds entrance examinations for medical and engineering in Jharkhand. Besides, the Cabinet decided to forward an annual report of Jharkhand Public Service Commission for year 2016-2017 to the State Assembly.