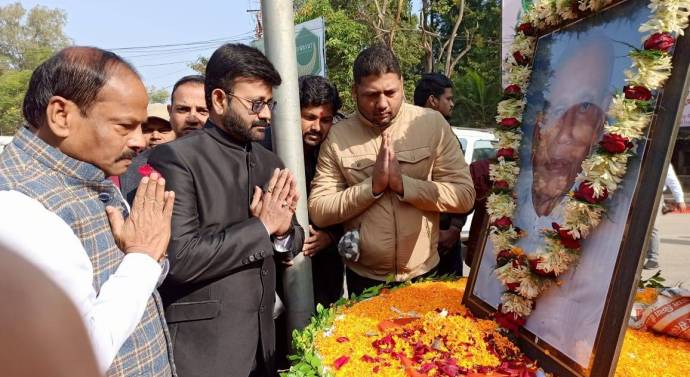 Ranchi, Jan 10: Former Chief Minister Raghubar Das Friday challenged Hemant Soren government to get allegations of corruption against him probed by any agency. He termed the allegations as baseless.

Replying to allegations of corruption worth Rs 100 crore leveled against him by Jan Sabha’s Pankaj Kumar Yadav, Das said, “Momentum Jharkhand Global Investors’ Summit brought Jharkhand prominently on the world map. Investors all over the world came to know about Jharkhand’s suitability as an investment destination. They came to know about the ease of doing business in the state, availability of resources and basic infrastructure.”

Das spoke while attending a programme organized in the state Capital to pay tributes to Justice LPN Shahdeo. He said there was no scam in Momentum Jharkhand.

“Momentum Jharkhand was organized with full transparency. Many companies invested in Jharkhand after the Global Summit. Many youths of the state got employment after the event. Anyone can complain. Now it’s their (JMM’s) government. They can get the allegations investigated. I have nothing to worry about,” said the former CM. 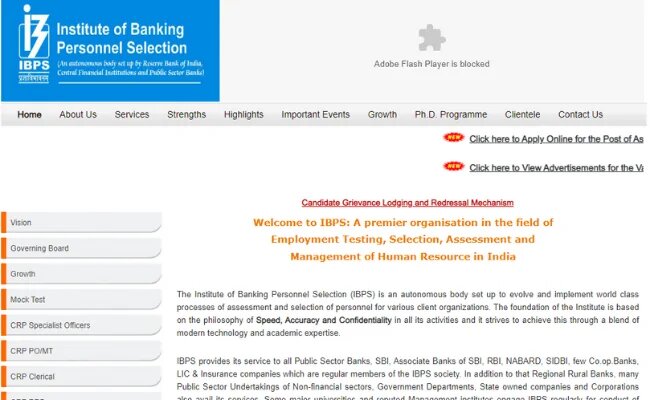 IBPS clerk examination is a prominent competitive examination in the country. With a large number of applications from all parts of the county, the examination is conducted at a very grand level with more than 300 centres all across the nation.

The examination is conducted in two levels or phases

Only those candidates that qualify the prelims are allowed to appear for the mains examination.

Admit cards for the IBPS clerk mains examinations have also been generated, candidates are advised to get check their prelims score and then get the mains to admit card if they have qualified prelims.

Candidates who appeared for the examination can follow the following steps to check their admit cards.

Some key points for candidates are 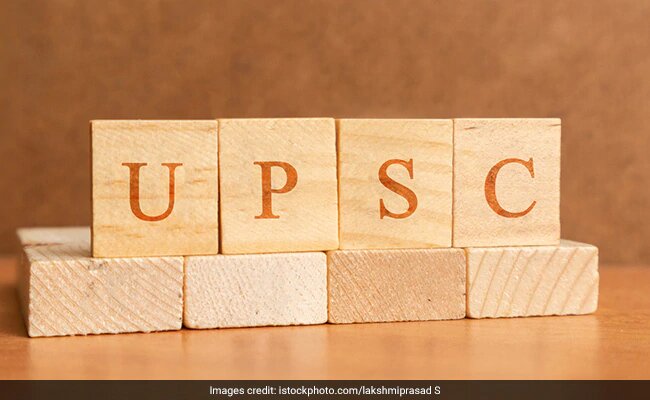 Candidates must have a Bachelor’s degree in any discipline to be eligible for recruitment. Upper age limit is 30 years.

Eligible candidates can apply for the recruitment through the Online Recruitment Application (ORA) website, ‘upsconline.nic.in’. The last date to print completed application form is February 2, 2020.

Candidates are required to pay a fee of Rs. 25 only either offline by remitting the money in any branch of the SBI by cash or online by using net banking facility of the SBI or by using visa/master credit/debit card.

The Recruitment Test will be held tentatively on October 4, 2020. 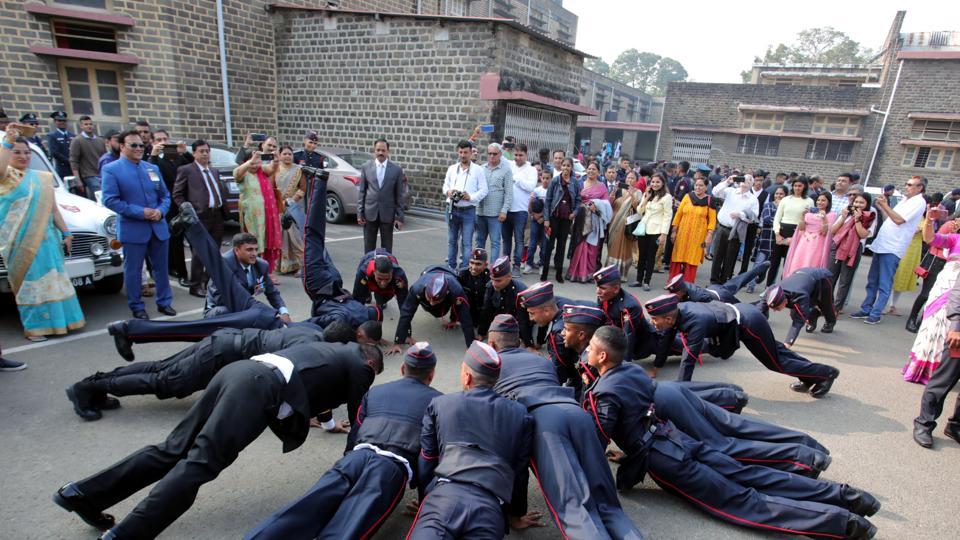 The application process for the National Defence Academy and Naval Academy Examination (I) 2020 started on Wednesday, January 8 and the last date for submission of application is January 28 till 6pm.

The online applications can be withdrawn from February 4 to February 11 till 6pm. Detailed instructions regarding withdrawal of applications has been given in the notification.

UPSC will on April 19, 2020 conduct the written examination for admission to the Army, Navy and Air Force wings of the NDA for the 145rd Course, and for the 107th Indian Naval Academy Course (INAC) commencing from 2nd January, 2021. The examination date is tentative.

Candidates should check eligibility conditions and instructions before applying for the exam on upsconline.nic.in.

Admit card for the exam will be issued three weeks before the commencement of the examination. 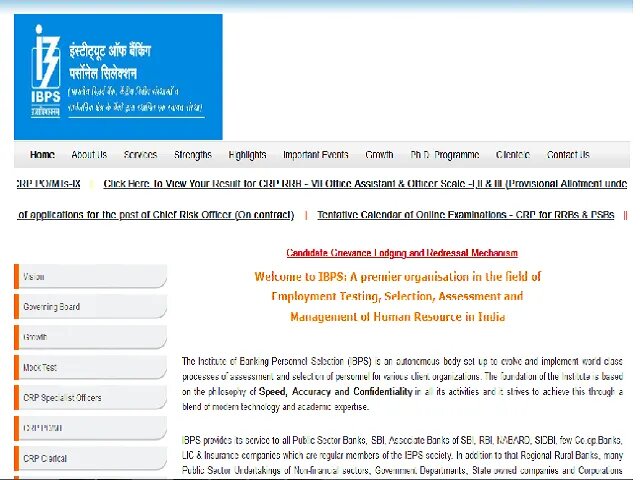 The online exam will have two sections. i.e. Aptitude and Professional Knowledge. The questions will be objective type with Multiple Choices and there will be negative marking also for answering wrong answers. The duration of the exam will be separate and will be administered one after the other.

Candidates will have to complete the test in the time allotted to that particular test only. Candidates can download their admit card directly by clicking on the above link. 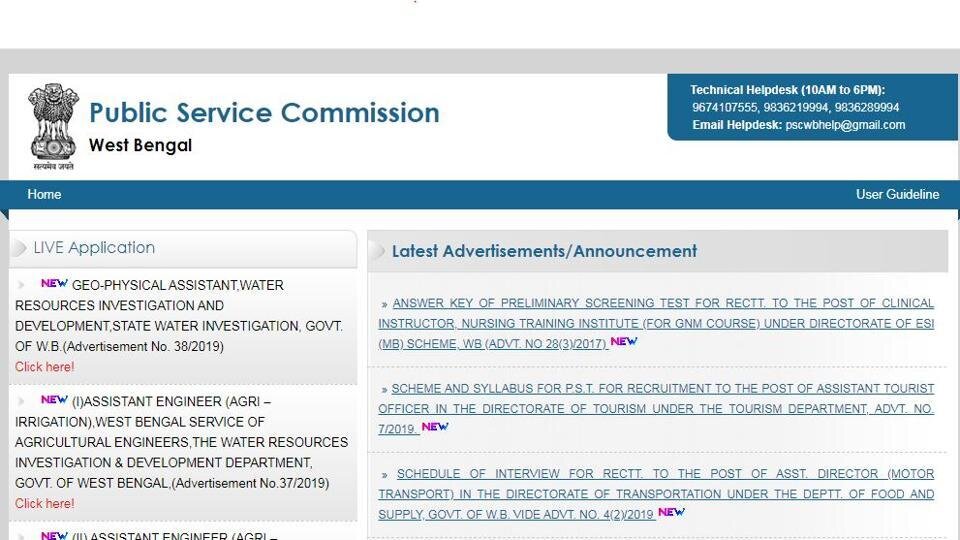 Those who have applied for the WBPSC clerk examination 2019 can download their part 1 exam admit card at apscwbapplication.in.

WBPSC clerk part 1 admit card 2019 can be downloaded by following the steps given below:

1) Visit the official WBPSC website at http://pscwbapplication.in/ 2) click on the link for ‘admit card’ 3) Key in the rquired details and submit 4) Your admit card will be displayed 5) Download and take its print out of the same

Candidates must keep the admit card safely and carry it to the examination Centre. Calculator, mobile phones and other electronic gadgets of communication will not be allowed in the examination hall.

The elementary knowledge in Computers and typing on computer will be judged after aspirants clear Part I and Part II. 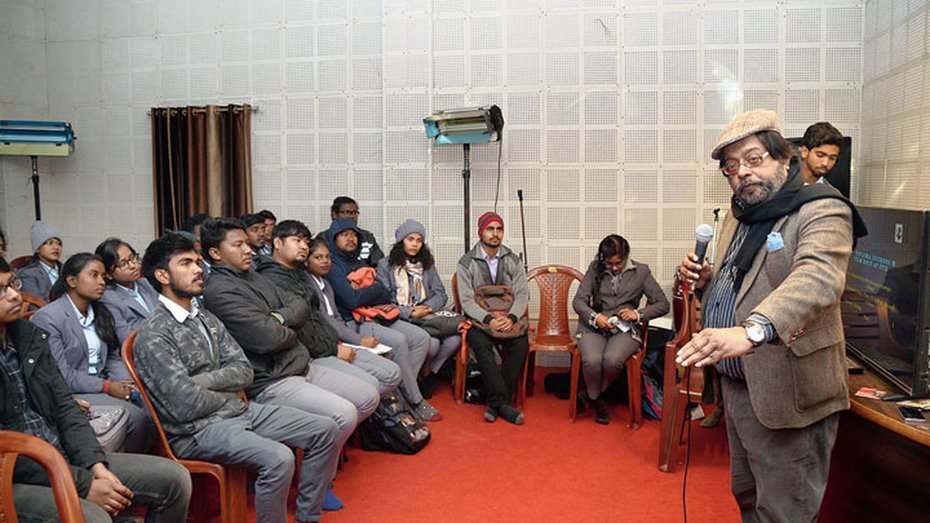 Do you know what is non-diegetic sound in a film?

Ashoke Viswanathan, award-winning filmmaker and dean at Satyajit Ray Film and Television Institute (SRFTI), Calcutta, asked that question to a group of around 50 students who had gathered at Gossner College in Ranchi on Friday.

“It’s a sound that doesn’t have its source in the script or has no direct relation to the script but helps create an extra effect in the film,” he explained when no student came up with a reply.

He then showed a video clip of a sequence from Ray’s Pather Panchali to convince the students how a sound of tar shehnai helped create an atmosphere of pathos, giving an example of non-diegetic sound.

There are many such aspects of filmmaking that students can learn while pursuing a film course, Viswanathan told the audience.

He came to Ranchi to conduct an admission seminar to create awareness about the joint entrance test for both Film and Television Institute of India (FTII), Pune, and SRFTI, Calcutta, that will be held on February 15 and 16 at 27 centres across the country.

Such a joint entrance test is being held since last year for screening candidates for admission into those two film institutes offering a dozen different courses such as acting, editing and cinematography.

“Application fees for the test have been reduced to almost half now, making it easy for students to appear,” Viswanathan told the students who attended the two-and-half-hour event, adding that students could also take the test for multiple courses at the same time.

Viswanathan also gave some tips to students about what books and magazines they should read while preparing for the test, and replied to their queries.

“I unsuccessfully appeared for this test last year and will try it again this time,” said Saurav Munda, a mass communication student of Ranchi University, adding that Viswanathan’s tips would be helpful for him.

Agreed Neveid Ekka, a final-year student of mass communication at St Xavier’s College, who said he would take the test.

“Hope I can follow the tips he gave us today and crack the test,” Ekka said.

Such programmes for creating awareness about the test are being held at various cities across the country, Viswanathan said.

About a hundred students from different educational institutions gathered at Taxi Stand on Main Road in Ranchi on Friday afternoon to protest against the Citizenship Amendment Act (CAA), National Register of Citizens (NRC) and National Population Register (NPR).

The students read the Preamble to the Constitution in Hindi at the beginning of the roughly one-and-half-hour meeting. Then they staged a street play on the CAA, NRC and NPR, followed by recitation of poems the students had composed.

For many, this was the second day of protest.

“We are not affiliated to any political outfit and have been protesting as our conscience prompted us to do so,” said Shamam Arfeen, a Ranchi University student who was among the organisers of the protest.

Swati Sikha, a Ranchi girl who is pursuing her MA in political science at Ambedkar University in Delhi, added: “Those affiliated to any political outfit have their compulsion to agree or disagree with some political happenings but we are free from that and are doing what we felt right.”

Asked about the name of their group, Shamam smiled and said: “Well, if you ask, it’s Kahab to Lag Jai Dhak Se.…”

That’s actually the name of their WhatsApp group, taken from a song from the film Article 15.

“I protest as the CAA leaves out the Muslims and that violates the guarantee of equality to all as our Constitution provides,” Shamam said when asked.

There are Ahmedias and Sunnis among the Muslims in Pakistan who may be persecuted there, he argued, adding they may also need the same concession on grounds of compassion — if giving persecuted people refuge is indeed the motive of the law.

He also pointed out that many poor people don’t have their birth certificates or other relevant documents as proof of their citizenship, asking if all of them would be termed as outsiders or stateless people in the proposed all-India NRC.

“As a student of political science, I don’t see CAA and NRC in isolation because both these look like interlinked parts of a policy of the present government to polarise people and strengthen their party’s vote bank,” said Swati. “We can’t accept the NRC as scores of genuine people without proper documents could be sent to detention camps for no fault of theirs.”

In a country where GDP growth slowing down with every passing day, it’s also not wise to incur huge expenditure on maintenance of detention camps, she added.

“Instead of promoting Islamophobia among the citizens, we expect the government to act to rejuvenate the economy and generate employment,” Swati said.

Kumar Yash, a Class XII student who also joined the protest, said: “After going through so many propaganda materials on social media, I felt the CAA and the NRC are planned to sideline a particular community and hence I felt like protesting against these.”

Before dispersing, the students sang the song Kahab to Lag Jai Dhak Se….